New Zealand businesses will benefit from tax breaks worth at least $80 million over five years, to encourage them to spend more on research and innovation. 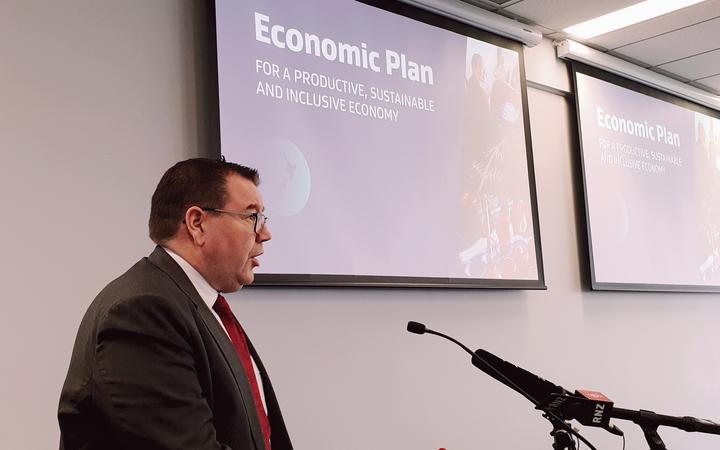 Three senior ministers confirmed the changes at Callaghan Innovation in Wellington this morning, while outlining their broad economic plan.

The government couldn't muster the numbers for a capital gains tax, as recommended by the Tax Working Group, but it has confirmed other changes - to encourage research.

When companies spend $10,000 or less on exploring potential new investments the spending will be immediately tax deductible.

Another change is to current rules under which start-up firms can lose their right to offset losses against their future taxable income, as they attract further investment.

Finance Minister Grant Robertson said this was about encouraging innovation.

"The Tax Working Group, and previous government in fact, had had a look at what happens when you have effectively failed innovation, how do you treat that, how do you encourage that".

It has been called in the past "black hole expenditure", he said.

"Which I guess gives you the picture that there's a sense stuff falls down that black hole if it doesn't succeed - we want to encourage innovation so this is essentially saying there will be the ability for tax deductions for that."

"You can offset losses as long as no less than 51 percent of shares in your business changes; for start-ups often that is what happens is they bring new investors in... this is about saying actually, you can still offset the losses even if the structure of your company changes."

Revenue Minister Stuart Nash said the idea was to lift barriers to investing.

The ability to claim against spending on research - whether it's successful or - would make his business "more adventurous", he said.

"In terms of trying new technologies, what I've found so far in this industry is they'll have information overload."

His company had brought a brand new product to the New Zealand market and being able to trial other technologies would be "very helpful", said Mr Metcalfe.

The changes were also welcomed by Business New Zealand.

Chief executive Kirk Hope was on the Tax Working Group, and he said many businesses and organisations had been clear about the need for them.

"Current thresholds in loss continuity rules make it difficult for many firms to carry losses forward, and the rules around deductibility for feasibility expenditure are currently a barrier to increased innovation."

The three ministers also outlined an eight point economic plan that largely echoed the themes in this year's Budget.

National criticised that plan as "weak and underdone" that would do nothing to restore confidence in the economy, and the tax changes as "just tinkering around the edges".

The government does not have a specific figure for the number of businesses that may take advantage of the new tax breaks, but 3000 businesses claimed the R&D tax credits available at the moment.

The necessary legislation will be introduced early next year, with the aim of having new law in place by the start of the next tax year.