The government has ruled out implementing a capital gains tax. 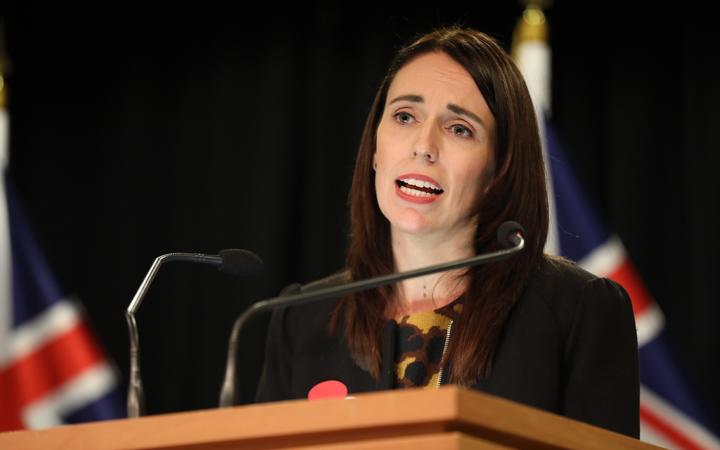 PM Jacinda Ardern said today there was "no mandate" for a CGT. Photo: Ana Tovey / RNZ

Prime Minister Jacinda Ardern said the coalition had not been able to reach a consensus.

She said all parties in the government had entered into the debate with "different perspectives".

"After significant discussion, we have ultimately been unable to find a consensus. As a result, we will not be introducing a capital gains tax.

"While I still believe the capital gains tax would have made a difference, the Labour Party has now campaigned on this for three elections.

"It's time to accept that not only has a government that reflects the majority of New Zealanders not been able to find support for this proposal, feedback suggests there is also a lack of mandate among New Zealanders for such a tax also.

"In short we have tried to build a mandate, but ultimately been unsuccessful."

She has ruled out campaigning on or implementing a capital gains tax while she is leader.

She has also ruled out a water or fertiliser tax.

"This is MMP, ultimately we had to form consensus amongst three different parties, some of which took different views."

She said "of course" it was disappointing.

But she said she had a good relationship with both parties in the coalition, and times like this - where it could not build a consensus - did not undermine that.

Asked about what the Labour Party membership would think about it, Ms Ardern said they could see she campaigned hard on the issue, and did their best to get it across the line.

"The sense I get from the Labour Party, and certainly the feedback I have, is that they would rather be here in government than not, and I believe that New Zealanders are better off for it as well," she said.

The government had been considering its response to the Tax Working Group's recommendations for a broad capital gains tax on land, farms and most shares and business assets - including second properties- but excluding the family home.

A capital gains tax (CGT) is a tax on the profit from the sale of an asset.

"The majority of recommendations will either be investigated further or have formed part of our work programme.

"There are other things that can be done to improve the fairness of our tax system. As such the coalition government has agreed to tighten rules around land speculation and work on ways to counter land banking.

"Work will also continue to cut red tape for business and crack down on multi-nationals avoiding paying their fair share of tax in New Zealand. We have already made changes to address base erosion and profit shifting, and we will shortly release a discussion document on options for introducing a digital services tax."

She said they looked at a broad range of options but did not want to sacrifice the simplicity of the tax system, or water down the proposals so much they could not achieve its ultimate principles.

The cost of the tax working group would likely come in at under $2 million, Ms Ardern said.

'This has all been for nothing'

ACT Party leader David Seymour said although taxpayers would be relieved, the Tax Working Group process had put small business owners, farmers, KiwiSavers, and others through months of anxiety.

"People have held off investments. Business confidence has plummeted. New Zealanders have been rightly concerned about the future of our country. This has all been for nothing," he said.

"This decision shows just how similar the Labour and National parties are, particularly on tax. Labour campaigns from the left, and National from the right, but both ultimately govern from the centre. The end result is a heavier tax burden for New Zealanders."

"I'd never seen anywhere in the world where the stated purpose for which it was introduced ended up being successful," Mr Peters said.

"We decided there are better ways in which we might reform our taxes to give people a fairer go ... where the gap between the rich and the poor can be closed. This is not the pathway."