Analysis - Jacinda Ardern heads for the United Nations and a meeting with US President Donald Trump as the sexual assault scandal rumbles on at home, and National's leader Simon Bridges says he isn't going to ease off his personal attacks on the prime minister. 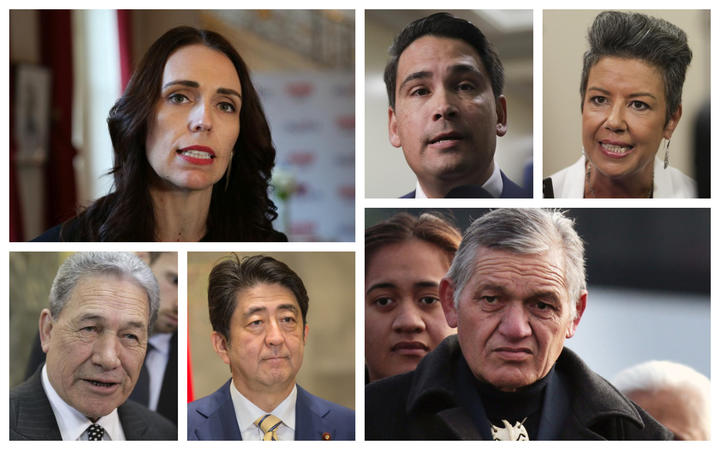 Ms Ardern met her Japanese counterpart Shinzo Abe in Tokyo this week and will soon be heading for New York where she will speak at the UN General Assembly and meet United States President Donald Trump.

It was Ms Ardern's first official visit to Japan and her first meeting with Mr Abe since the CPTPP (Comprehensive and Progressive Agreement for trans-Pacific Partnership) free trade agreement came into force.

After an embarrassing start - on landing she referred to New Zealand's relationship with China instead of Japan - the two prime ministers held wide-ranging talks and agreed to widen the sharing of security intelligence.

Ms Ardern is focused on promoting trade and investment during her week-long visit. 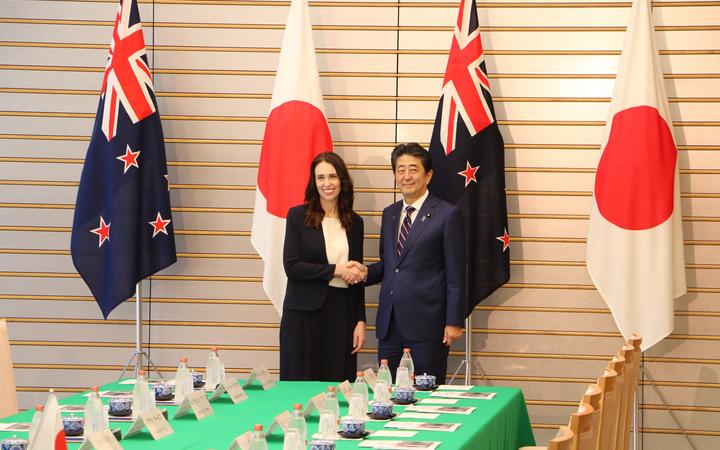 She's due to meet President Trump next Tuesday our time for official bi-lateral talks, the first she's had with the US leader. According to the New Zealand Herald, securing the meeting was due to Foreign Minister Winston Peters' assiduous work to enhance the NZ-US relationship.

Ms Ardern said she would discuss international and regional issues with Mr Trump, including co-operation in the Pacific. She will also again ask him to lift tariffs on New Zealand's aluminium and steel exports, imposed as part of the US President's global pushback against tariffs imposed by other countries on American-made products.

Before leaving New Zealand she indicated that she'll announce further progress with her Christchurch Call initiative when she speaks at the UN. Facebook's announcement of a raft of changes in the way it handles hate content has been seen as a promising development, and while she's in New York Ms Ardern will meet executives from the company as well as representatives from Google and Amazon.

She's briefly leaving behind the sexual assault allegations which cost Labour Party president Nigel Haworth his job, and which are now the subject of two investigations. Ms Ardern admitted before she left that her party's woeful handling of the allegations by a young party volunteer against a staffer in her Leader's Office could damage New Zealand's international reputation. It could also damage her own reputation and see Labour's poll ratings fall - there are reported to have been numerous emails from party members and supporters horrified by the lack of action over the allegations.

It will be at least three weeks before anything comes out of the inquiries by Maria Dew QC and the party's lawyers, Kensington Swan. The government will be hoping the pressure eases off but the National Party is determined to make sure it doesn't.

Mr Bridges and his deputy, Paula Bennett, are focused on dragging cabinet ministers into the scandal, demanding to know why those who knew about the allegations apparently didn't tell the prime minister. Mr Bridges said this week that without the Beehive being held to account the inquiries will be a whitewash. He has also questioned the truth about Ms Ardern's assertion that she knew none of the details until she read them in an article on The Spinoff.

This is fitting in with Mr Bridges' personal attack strategy. He's reported to have been encouraged by private polling showing support for Labour and Ms Ardern falling after his taunt that she was "a part-time prime minister" because she visited Tokelau while there were pressing issues at home to deal with. 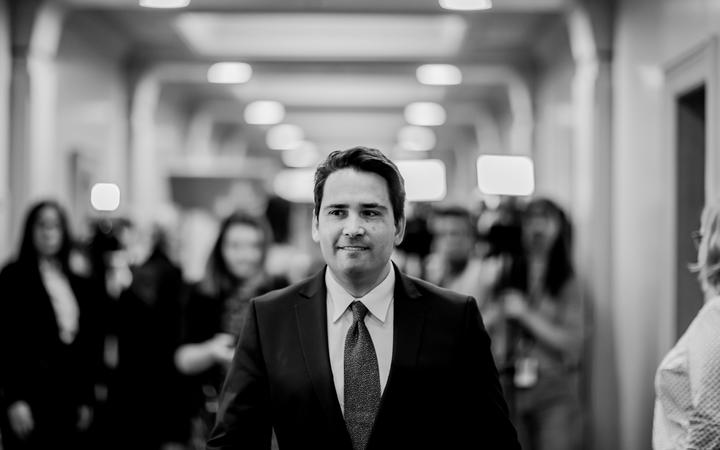 He then over-reached himself by claiming Kiwis didn't care much about Ms Ardern's efforts on the international stage to curb the use of hate content on social media platforms. Public attitudes, including RNZ's on-the-street interviews, showed the opposite.

Mr Bridges backed off on that but he's told the website Politik there won't be any letup on his personal attacks and the only thing off-limits will be her family.

He also dismissed Labour Party claims that the sexual assault allegation wasn't raised when complainants approached Mr Haworth and others about the staff member's conduct.

"There is something that needs to be remembered in all of this - there are upwards of 12 complainants," he told Politik. "Having done many a jury trial, you have just got to ask yourself, are they all wrong?" Mr Bridges was a public prosecutor before coming to Parliament.

Another hard-to-handle situation emerged this week when the Ihumātao land protest moved into a new phase. After weeks of discussion involving Māori King Tuheitia, the mana whenua group leading the protest decided they wanted the land returned.

That would mean the government buying it from Fletcher Challenge, which had intended building houses on it.

A government purchase of private land for Māori would be unprecedented and could have implications for the Treaty of Waitangi settlement process.

That's why Ms Ardern was so cautious when she responded from Tokyo: "At this stage our focus is on picking up the good work being done by Kiingitanga," she said. "We are very mindful of important issues like Treaty precedent-setting… like the commercial interests there, but also heritage issues as well."

At home, acting Prime Minister Winston Peters said before the government made a move it would have to look at whether it was setting a precedent for all treaty settlements.

"We've got to go into these things eyes wide open in the national interest of all New Zealanders," he told Morning Report.