Prime Minister Jacinda Ardern will sit down with the United States President Donald Trump during her trip to the United Nations next week. 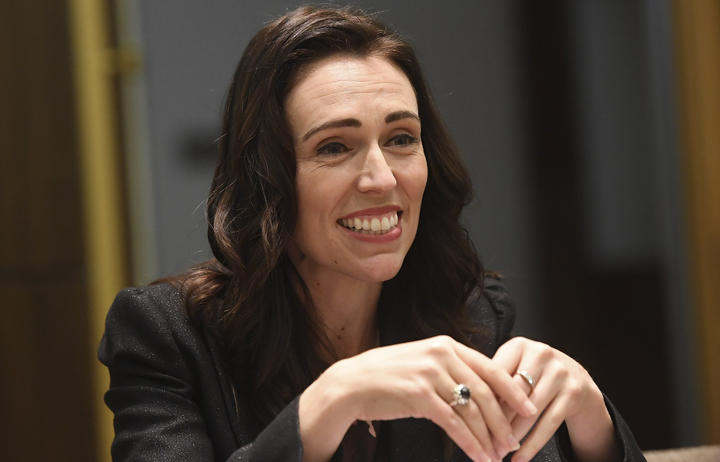 While the world leaders have crossed paths before, their meeting in New York will be the first time they will hold official bilateral discussions.

Ms Ardern tonight travels to Japan where she will meet her counterpart Shinzo Abe and attend the All Black's first Rugby World Cup match.

She will then carry on to New York for the UN General Assembly for several days of annual meetings, high-level speeches and media appearances.

In a statement, Ms Ardern confirmed she would hold a bilateral meeting with Mr Trump on Tuesday New Zealand time.

"I'm looking forward to discussing a wide range of international and regional issues with President Trump, including our cooperation in the Pacific and the trade relationship between our countries.

"The US is a key security partner for New Zealand, and an important trading partner. Two-way trade is over $18 billion, and there is strong support from the New Zealand business community to further strengthen our trade and economic ties," Ms Ardern said.

"Obviously, my focus while I'm abroad is representing New Zealand's interests, and when it comes to the United States, that includes our trade interests".

The US implemented tariffs last year on grounds of "national security", but has since exempted a number of countries.

Ms Ardern said the Christchurch Call - a commitment by countries and tech companies to eliminate violent extremist content online - would also be a key focus of her trip to the UN.

"I've no doubt that there will be conversations probably related to March 15 [terror attack], and so that too may come up [with Mr Trump]."

The US has declined to sign up to the Christchurch Call pledge, but has previously issued a statement, saying it endorses its overall goals.

Asked how well she got along with the US President, Ms Ardern said: "I think my relationship [with Mr Trump] is absolutely fine."

"It's always enabled me - in the margins of meetings or on phone calls - to have a good frank exchange of ideas and views," she said.

Ms Ardern has previously met with Mr Trump informally on the sidelines of APEC and at a US reception in New York last year.

At the time, the US President congratulated Ms Ardern on the birth of her daughter Neve, and she acknowledged the work he was doing on the Korean Peninsula.

Ms Ardern also used the opportunity to promote the work of NZ and US officials on the lifting of steel and aluminium tariffs.

She later addressed the UN in which she spoke of the importance of a multilateral and international rules-based system in direct contrast to Mr Trump's "America First" message.

The prime minister also spoke with Mr Trump on the phone following the Christchurch mosque terror attack on 15 March and requested he show "sympathy and love for all Muslim communities".

Ms Ardern is expected to meet with a range of world leaders and tech company representatives during her visit to New York.

"I'll also continue New Zealand's leadership on the Christchurch Call to Action to eliminate terrorist and violent extremist content online," she said in a statement.

"A stock take on the progress made by countries, technology companies and civil society on the Christchurch Call will help to ensure we maintain momentum on the next steps."