A survivor of the Christchurch mosque attack was among a group of people from 17 countries who met with Donald Trump today to discuss religious freedoms. 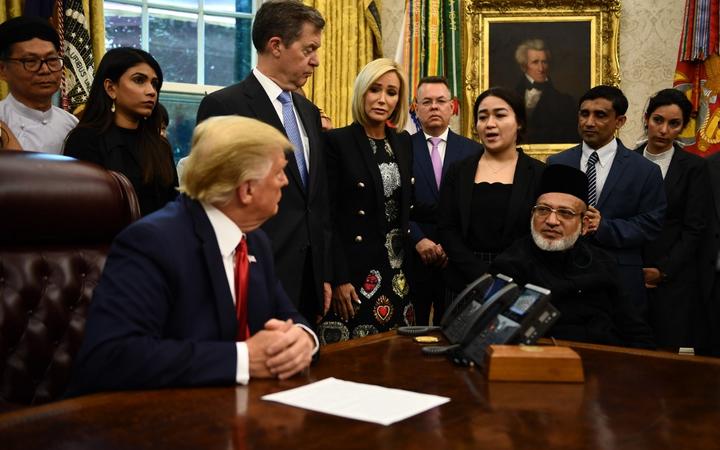 The White House said all 27 participants were survivors of religious persecution. They included representatives from China, Turkey, North Korea, Iran and Myanmar.

Mr Trump - who counts evangelical Christians among his core political base - made religious freedom one of the centrepieces of his foreign policy and the State Department is hosting a high-level conference on the topic this week. 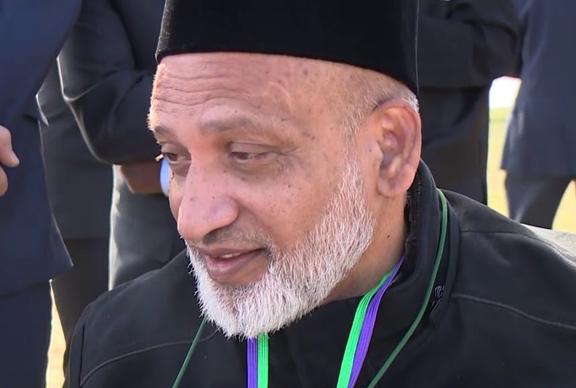 During the meeting - 30 minutes of which was observed by reporters - Mr Trump asked participants about their experiences.

Speaking directly to Mr Trump, Christchurch shooting survivor Farid Ahmed thanked him for America's support following the mosque attacks, and for continued US support in standing up for persecuted minorities around the world.

Sitting at his desk in the Oval Office, Mr Trump said: "If people are not free to practice their faith, then all of their freedoms are at risk."

Mr Trump added that he did not think any past president had taken religious freedom as serious as he had.

"Each of you has suffered tremendously for your faith," Mr Trump said.

"Each of you has now become a witness to the importance of advancing religious liberty all around the world."

The meeting also included 2018 Nobel Peace Prize winner Nadia Murad, a member of the Iraq's Yazidi minority who survived sexual slavery under the Islamic State in 2014 and has since advocated for refugee and women's rights.

Mr Trump said his administration would shortly announce new measures aimed at protecting religious minority groups, though he did not provide any details.

"The world is a tough place and we're making good strides," he said.

"You would have heard him speak at the Christchurch memorial.

"I don't think I have ever heard, or indeed met an individual who has had so little reason to be forgiving and yet is so incredibly forgiving.

"He is a man full off love and compassion and he exudes that in every interaction he has, so it doesn't surprise me at all that he's doing that abroad and continuing to be a person that just promotes love and humanity", Ms Ardern said.