President Donald Trump has said "hate has no place" in the US after 29 people were killed in two mass shootings over the weekend, amid accusations that he bears some responsibility. 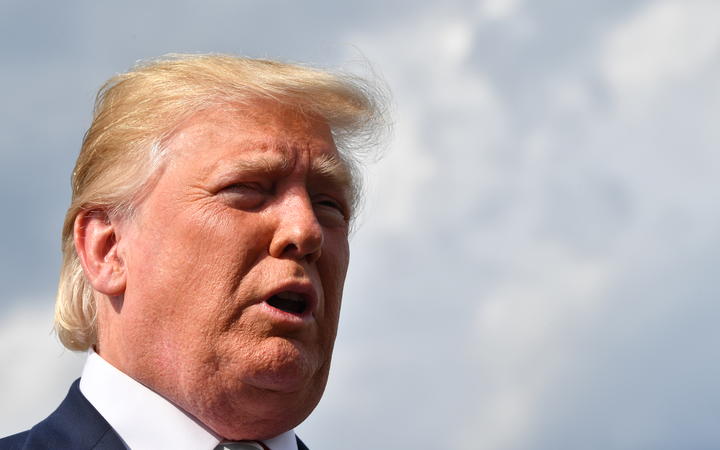 US President Donald Trump gives a statement about the recent mass shootings in El Paso and Dayton. Photo: AFP

An attack on a Walmart store in El Paso, Texas left 20 dead, while nine died in a shooting in Dayton, Ohio.

Mr Trump said "perhaps more has to be done" to stop such attacks.

But critics said he was part of the problem, citing his anti-immigrant rhetoric and opposition to gun control.

A 21-year-old white man arrested over Saturday's shooting in Texas is believed to have posted an online document calling the attack a response to "the Hispanic invasion" of the state.

The motives of the Ohio gunman, who killed his sister and eight others on Sunday before being shot dead by police, are unclear.

"This has been going on for years, for years and years in our country and we have to get it stopped," he said.

He went on to link both attacks to a "mental illness problem", saying the gunmen were "very, very seriously mentally ill". 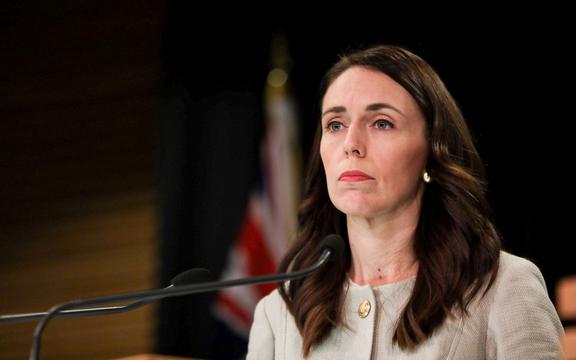 "New Zealand would wish to be remembered for nothing other than the compassion that was displayed to those who were victims who were affected on March 15th and for our absolute unity against violence, hatred and racism," she said.

What happened in El Paso?

The gunman opened fire on a crowded Walmart on Saturday with an assault-style rifle, and surrendered after being confronted by police officers outside the store.

The mass shooting, believed to be the eighth deadliest in modern US history, took place in a city where most of the population of 680,000 is of Hispanic descent.

In addition to the 20 fatalities, 26 people were injured in the shooting.

The Walmart, near the Cielo Vista Mall, was full of shoppers buying back-to-school supplies at the time of the shooting, and witnesses described scenes of chaos as customers fled for their lives.

Security camera images of the attacker show an armed man in a dark T-shirt wearing eye glasses and what appear to be ear protectors.

The victims have not yet been named by police, but Mexico's President Andrés Manuel López Obrador said six Mexican nationals were among the dead and seven others were injured. 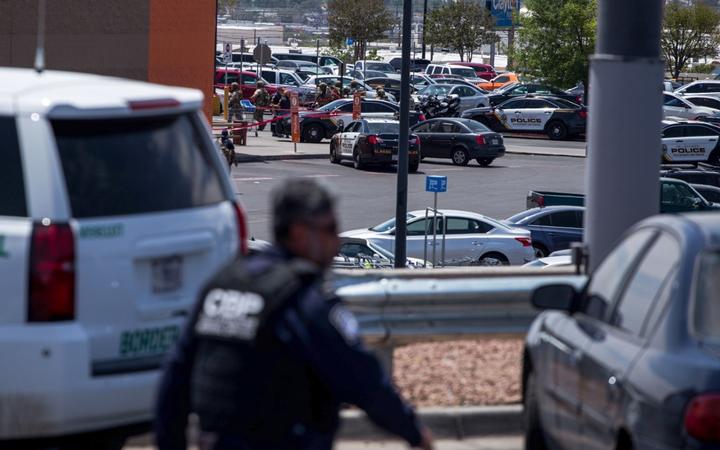 The suspect has been named by US media as Patrick Crusius, a resident of the city of Allen, in the Dallas area, about 650 miles (1046km) east of El Paso.

He has been charged with capital murder, meaning he could face the death penalty.

He is believed to be the author of a text posted on 8chan, an online message board frequently used by the far right, which describes a "cultural and ethnic replacement brought on by an invasion" in alluding to Hispanic people in the US.

The four-page document, reportedly posted some 20 minutes before police received the first emergency call from the Walmart, also expresses support for the gunman who killed 51 people in Christchurch, New Zealand, in March.

US cyber security firm Cloudflare said it would terminate 8chan as a customer following the attack.

"The rationale is simple: they have proven themselves to be lawless and that lawlessness has caused multiple tragic deaths," Cloudflare chief executive officer Matthew Prince wrote in a blog post.

Officials said the shooting was being treated as a "domestic terrorist case".

Mexican Foreign Minister Marcelo Ebrard said the attorney general was considering litigation claiming that terrorism was committed against Mexicans in the shooting. Such an action could lead to the extradition of the gunman, he said.

"For Mexico, this individual is a terrorist," he told reporters.

What happened in Dayton?

Connor Betts, 24, opened fire in a popular nightlife district in the early hours of Sunday morning.

Seconds later, Betts is seen running towards the venue and being hit by police gunfire as he reaches the door. 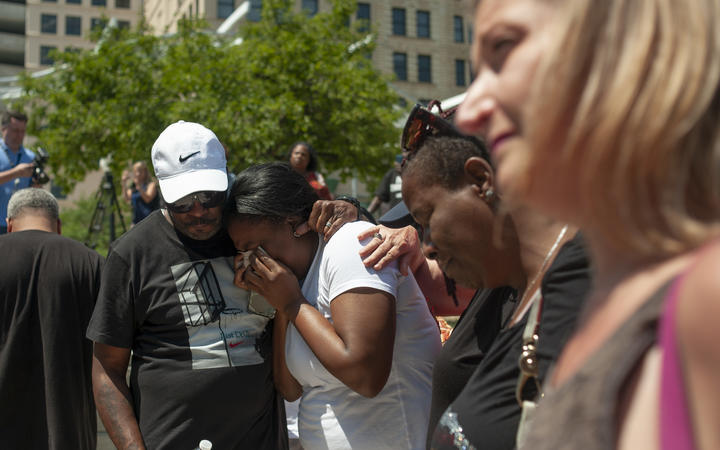 People gather for a vigil for the victims of the mass shooting in Dayton, Ohio. Photo: AFP

Had this individual made it through the doorway of Ned Peppers with that level of weaponry, there would have been catastrophic injury and loss of life," said Dayton Police Chief Richard Biehl.

Officials said it was too early to speculate about motives for the attack.

But responding to questions about a possible racial element to the killings, Mr Biehl said there was nothing to suggest a "bias motive".

Police said the rifle was ordered online from Texas and there was nothing in Betts' history that would have stopped him from buying the gun legally.

His sister Megan was among the dead.

Twenty-seven people were injured in the attack.

The shootings have given renewed momentum to gun control debate and put fresh scrutiny on the president's rhetoric. 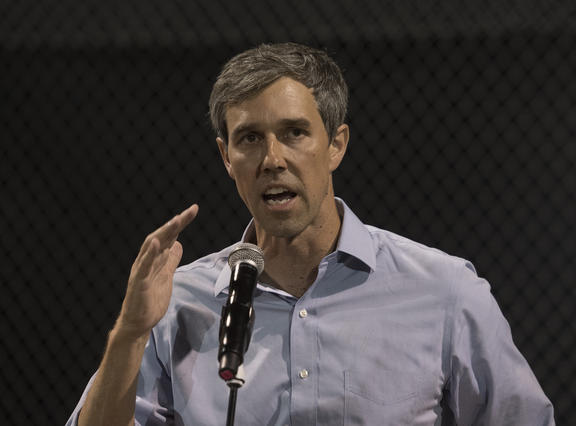 "Our president isn't just failing to confront and disarm these domestic terrorists, he is amplifying and condoning their hate," tweeted fellow Democratic presidential hopeful Pete Buttigieg.

But acting White House chief of staff Mick Mulvaney rejected the Democrats' allegations and attributed the attacks to "sick" individuals.

"There's no benefit here in trying to make this a political issue, this is a social issue and we need to address it as that," he told ABC.

Mr Trump, who has made curbing illegal immigration one of the key points of his presidency, has previously made derogatory comments about Mexican migrants and has called large groups of migrants trying to reach the US an "invasion".

In recent weeks, Mr Trump has been accused of racism after his attacks on members of Congress who are members of racial or ethnic minorities.

In 2017 the president said he would "never, ever infringe on the right of the people to keep and bear arms".