The Police Association is accusing the National Party of playing politics on gun law reform. 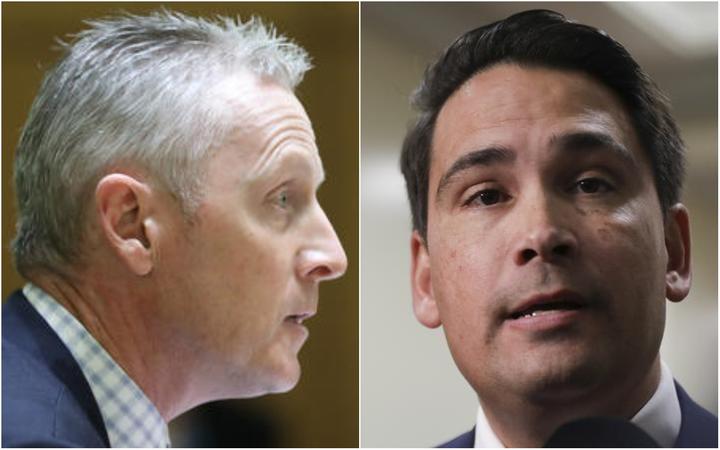 Chris Cahill says Mr Bridges is wrong to say the gun buyback scheme has been a fiasco. Photo: RNZ

Opposition leader Simon Bridges insists his party is unlikely to support the second tranche of gun legislation because, he says, it targets law-abiding citizens and is soft on criminals, gangs and extremists.

Police Association president Chris Cahill said Mr Bridges was wrong to say the gun buyback scheme had been a fiasco, saying anyone who has been to a buyback event or talked to someone who took part would know the opposite to be true.

He said not supporting the second tranche of legislation due to be introduced later next month - which would create a gun register and tighter firearms regulations - was putting politics ahead of meaningful reform.

"I would say this isn't the opportunity to play politics, it's way more important than that... we've seen what happens in America when politics stops meaningful reform, New Zealand needs to be better than that," he said.

He pleaded for MPs to be better than the United States when it came to pursuing gun law reform.

Mr Bridges did not completely rule out the National Party voting for the legislation, but said it was unlikely.

He denied he was playing politics.

"No, I'm not making this political, it's not about the Police Association. It's about a situation where National supported the first law, which was the right thing to do - but the buyback scheme, however, is a fiasco.

"We look at this new law, and it seems like it's aimed at law-abiding New Zealanders. It's not aimed at the gangs, the crims and the extremists, where it should be."

Mr Bridges said his concern was who the government was targeting - or not targeting - when it came to stricter regulations.

He said he could be swayed to support the bill if that changed.

Mr Cahill said if illegal firearms were not put in greater lockdown then criminals will simply get hold of them.

"If you don't have the appropriate laws around firearms security and ownership then you're making it really easy for criminals to get their hands on firearms, because we know the majority of criminals get their firearms from stealing them from licensed firearm owners," he said.

Prime Minister Jacinda Ardern wanted consensus on reforms like she got when the government - with the support of National - pushed through legislation banning some firearms in the immediate aftermath of the Christchurch massacre that killed 51 people.

"My hope would be that all political parties focus on people and focus on their safety. In the same way the New Zealand police say they absolutely support what we're doing to modernise our gun laws, I'd like to think that political parties would do the same," she said.

ACT leader David Seymour, who was the only MP who voted against the first tranche of legislation, also wanted to see gangs and criminals punished, not law-abiding gun owners.

"Only 1 percent of firearm crime is committed by people who had a licence, so the logic of the government's laws is to crack down on the 1 percent, while doing nothing about the 99 percent."

Ms Ardern said the legislation was designed to stop gang members being able to access guns while making sure fit and proper people were still able to do so.

She said crimes were committed as a result of lax gun laws, and New Zealand had learnt that the hard way.