The Police Minister says the first ever firearms collection event in Christchurch over the weekend was a huge success. 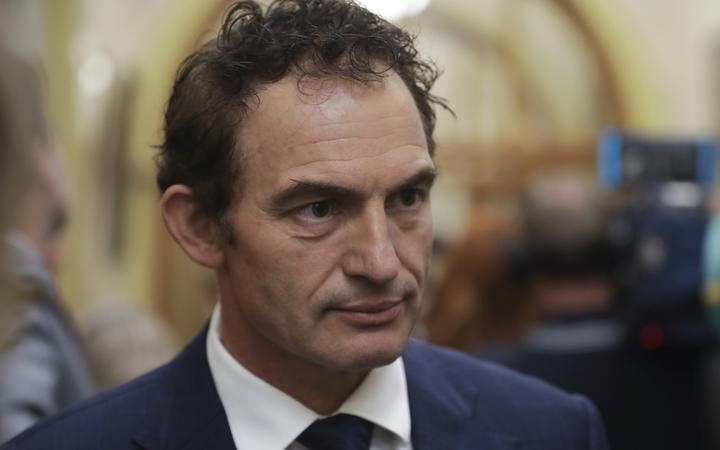 Stuart Nash said it's difficult to set a budget for the buyback scheme because they do not know how many guns are out there. Photo: RNZ / Dom Thomas

But Stuart Nash had concerns about whether the participation reflected the number of weapons in the region.

More than 378 people handed in 542 guns and there was a mixed reaction from firearms owners.

James Agnew, one of hundreds of gun owners who showed up to the gun amnesty in Christchurch, reflected how many were feeling.

"A bit disappointed yeah, it would be pretty hard for someone to say they aren't disappointed because a lot of people just enjoy it in general and they just feel a bit discriminated [against] and the way it's betrayed that we are the bad guys," Mr Agnew said.

Others at the firearms collection at Riccarton Racecourse said the process was simple, but were steadfast in disappointment.

"They make the rules, we just abide by them."

Despite 900 firearms owners registering online for the Canterbury buyback scheme, only half that number took part.

Canterbury's acting district commander Mike Johnson said there was still plenty of time left for those who missed the event.

"The other options for hand back are into a police station, we are arranging a dealer hand in which will be advertised as soon as it's finalised. The other is, if you have 10 or more firearms, if you register online we will come to you," Mr Johnson said.

Police Minister Stuart Nash said he suspected there were more people in the area who had not registered online at all.

He said it was impossible to say whether the numbers of guns handed in at the weekend had significantly reduced the number of illegal weapons in the Christchurch region.

Mr Nash thought the event was a great success, but without a registry, he said they had no idea how many guns were out there.

"So in terms of the sort of gun the terrorist used to kill people on March 15, we have no idea whatsoever," Mr Nash said.

The secretary of the Council of Licensed Firearms Owners, Nicole McKee, said communication and direct contact as well as clarity around compensation is crucial to make the process fair for all firearms owners.

"This is not just about semi-automatics, it's MMSA's [military-style semi-automatic] - and then of course addressing the compensation issue. There are a number of firearms that are missing from that list and there are a huge array of parts and accessories that are not on that list that cannot be used by other types of firearms," she said.

The government has budgeted $208 million for the buyback scheme following the law reform.

But Ms McKee said she had a message for the government.

Stuart Nash said because they do not know how many guns are out there that need to be handed in, it was hard to put an accurate figure on the budget required.

"It's not until we really get into the scheme, that we will have a better idea if we are going to need more money, or if we have got it about right.

"But it really is very difficult to even put a forecast in place until we have a better understanding of how many weapons are out there.

"We simply have no idea whatsoever. We are flying blind but it is an educated guess and we will see how close we come," Mr Nash said.

He told Morning Report the vast majority of people said the price paid out was fair.

For collectables and rare guns that might now be banned, he said bona fide collectors had a C endorsement on their firearms licence.

"We're not after those very rare weapons that are in the hands of collectors. We want to help them actually get their endorsement to allow them to keep them."

He said it was difficult to estimate how much the buyback would eventually cost.

Deputy Commissioner of Police Mike Clement told Morning Report the first buyback drive had gone well, given it was the first of its kind in New Zealand history.

He said those who didn't want to go to a local police collection point were still allowed to take those guns to a retailer for the next couple of weeks.

"We've got hundreds of firearms sitting in police stations now, I'd rather they went there [gun retailers] frankly, for reasons you'll be aware of."

Referring to the firearms stolen from the Palmerston North Police Station, he said: "Our police stations weren't built as an armoury. We're in the process of fixing it.

"I'm worried about all of them - [about the] security at police stations for a variety of reasons - it's obvious, we want to make sure our stations are secure.

"The reality is a good majority of them won't be having firearms."

He said there were also some unusual guns handed in and they were expecting more.

"There was a really interesting firearm handed in under the amnesty. A gentleman who didn't have a licence but had had the firearm handed down through the ages and was an 1888 side-by-side shotgun and we expect to get a few of those."

He said the gun was put aside before its fate was decided.

There are still another 258 events to be rolled out across the country, he said.

There will be events in each police district from next weekend until 20 December when the amnesty period ends.