The first of the firearms buyback events will be held in Christchurch this weekend, with a Deerstalkers Association spokesperson calling it a 'major circus'.

Police have announced more than 250 events around New Zealand for gun owners to hand over their now illegal firearms.

Deputy Commissioner Mike Clement said in a statement police recognise this is a big change for the law abiding firearms community, however, it was the right to do for the safety of New Zealanders.

Safety would be crucial at the buyback events, and police were asking people to ensure they had cleared their firearms of all ammunition and placed them, and any parts, in a safe carry bag. 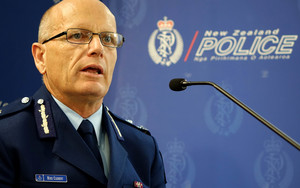 Police staff would be armed to protect the weapons that were being handed in.

Police earlier said they had heeded Deerstalkers Association's advice and banned media from attending the events. The association was concerned that lawful gun owners would be abused if they were pictured or filmed handing in guns.

He said one major objection was being obliged to hand over firearms as a result of the activities of one individual.

"The second thing is, of course, they've got real serious issues over the price being paid for the firearm and the difficulty of getting information over some aspects of the process. So a lot of people will be holding back and waiting to see how this first hand-in goes and what sort of recompense is made for the firearms that are being confiscated."

He said the base price for the buyback scheme had been set at the wholesale price and not the actual prices people paid. When firearms owners had lodged objections, the police had consulted an expert group but it was understood their advice had not been taken, Mr O'Leary said.

He believed some firearms owners would be asking police for a second evaluation of the prices.

He said if people did not want to hand in their firearms at one of the buyback events, they could take them to a police station or an approved sports shop or ask police to come to their property.

"So there are some other ways firearms owners can hand over their firearms without having to front up at this major circus."