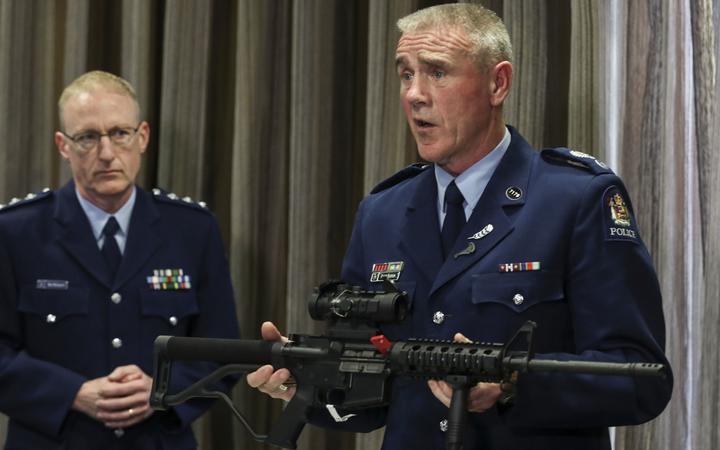 The government today announced its compensation plan for its buyback scheme, launched after the Christchurch terror attacks on 15 March prompted moves to tighten gun laws. The attacks left 51 people dead and many more injured.

Today's announcement set out a buyback plan based on a price list developed by police with advice from KPMG which determines a "fair market value" for various firearms models. Gun owners will receive a percentage that value depending on the quality of their firearms; 95 percent for guns in new or near-new condition, 70 percent for those in average condition, and 25 percent for those in poor condition or inoperable.

It would also pay up to $300 to cover the cost of modifying prohibited weapons to make them lawful.

A spokesperson for the Council for Licenced Firearms Owners, Nicole McKee, said some owners of "average" firearms were happy with the figures, but many more were disappointed and angry.

"Most of the feedback we're receiving from our membership is that some of the higher-end firearms have been grossly miscalculated, and especially the parts - most of which are brand new - are being offered back at 70 percent or less of their value.

"Magazine values are also well off the price mark."

She said there was no price being offered for many other items related to firearms.

"Safes, security and consumables that were all legally purchased, they've not been given a price ... and of course there's now ammunition in there that has been banned and there's no prices for that either. 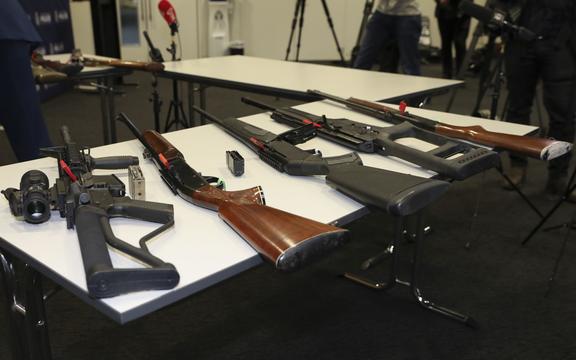 "They [the government] need to look at the bigger picture here and see that what they've done is actually trying to not rip off the community but the community are feeling very disadvantaged and a lot of them are telling us they are being ripped off," she said.

"One of the concerns that we do have is that if there is an appeal to be made about the value of the firearm it's going to be up to the owner to pay that price and we don't think that's fair."

She said they were "most definitely" considering legal action, but did not want to go to court "just for going to court's sake".

"We want to make sure that whatever we do in the future is on behalf of our membership who are feeling disadvantaged and ripped off, so we'll just have to take that course of action as we get more information in."

NZ ammunition owner, and former chair of Council of Licensed Firearm Owners, Paul Clark, told Checkpoint he doubted that some gun owners would sit quietly and expected some form of court action.

"The lawyers will tell you there are strong legal rights in this country about going to court on legally held property if the government wanted to confiscate it.

"Honestly, people just feel they are being made to carry the can for an event they had nothing to do with and didn't want to happen anyhow ... they are just seen as the easy scapegoats for our system.

"I think the courts are going to get quite busy in this area in the next year or two."

'If they don't believe they're getting a fair price, people simply won't do it'

Gun enthusiast and former gun owner Gerard Dobson of Wellington said the plan was unfair and the price the government was offering was a "joke".

He said he would abide by the law, but others may bury their guns.

"There will be thousands of firearm enthusiasts or sporting shooters will say 'well, stuff you, I'm going to wrap them in plastic and bury them somewhere'."

National MP Chris Bishop said there would be hundreds, possibly thousands, of people who will be left out of pocket as a result of the way the compensation has been drawn up. 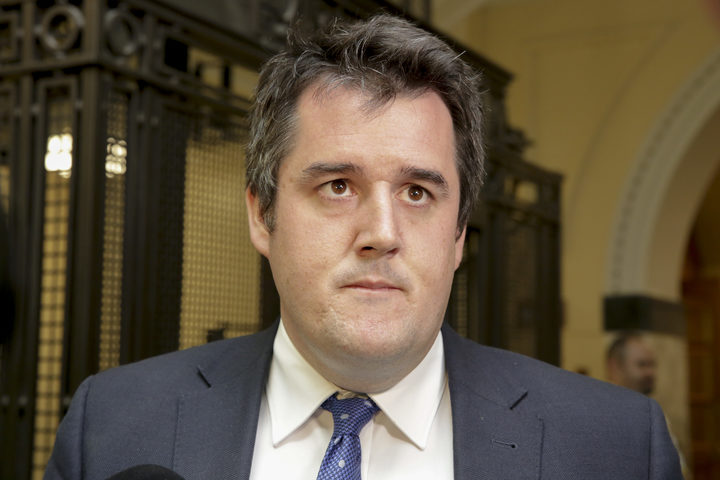 Mr Bishop said his party supported the policy's intent, but it had to be implemented fairly.

"Because we're asking thousands of people to turn up to these mass collection events and hand over their firearms to the police and if they don't believe they're getting a fair price people simply won't do it.

"That will undermine the whole intent of the buyback scheme itself."

RNZ asked Mr Nash whether this would lead to responsible gun owners handing back their weapons and irresponsible ones holding onto them.

"Well what I would say is the irresponsible people you talk about who hold these illegally were breaking the law anyway. We now have a penalty of up to five years in jail if you hold any of these weapons when the amnesty is over.

"And I expect police to go very hard on them," he said.

National MP for Rangitikei Ian McKelvie, who sits on the Finance and Expenditure Select Committee overseeing the gun reforms, told Checkpoint reimbursing owners more than they paid for firearms would have given them the confidence to hand in their weapons.

"I think we felt at the select committee there was room for a premium given we were taking away effectively something that someone's had the ability to legally own and use for centuries.

"It would certainly have got guns back in quicker and people would've been confident to do it."

He said at the select committee there talks of a 120 percent premium.

The first collection event for the gun buyback scheme will be at Addington race course in Christchurch on 13 July. A police team will process newly-prohibited firearms and gun parts and take them away for shredding.

Deputy police commissioner Mike Clement said going back to Christchurch first was symbolic and a show of support for the community.

He said safety would be paramount at the public collections and he was well aware of the theft of guns from Palmerston North Police Station - three of which are still missing - would not have helped.

"We're very aware of the fact that we create a potential risk by having these events and we've given a lot of thought about how we mitigate the risks across all the options,'' he said.

"You can rest assured there will be security in the form of armed police officers there who are there to make sure anyone with that mindset ... is dissuaded," he said.

He said he expected police to use all, if not most, of the weekends available in the next six months to collect firearms.

He detailed what gun owners handing their firearms in would need to bring.

"Your firearms licence, photo identification, your bank account number, your online notification reference number and any prohibited parts cleared from the firearm itself.

"Once at a collection site owners will need to do a safety clearance of every firearm under police supervision. This ensures all firearms are indeed empty of ammunition."

"These are dangerous items obviously, that's why we're banning them in the first place.

"Having a lot of licenced firearm owners with a lot of weapons, handing them into police - we're going to have to make sure if it does go down that path we've got to make sure the security is there."

He also said the plea that police stations be used as a last resort for dropping off firearms spoke volumes.

"I think that is a reflection of the debacle that happened at Palmerston North Police Station. Although having said that I think there are questions around whether mass collection events is going to be the right way to do that either. We need to dig into the detail of that," he said.

Mr Bishop said there would be hundreds, possibly thousands, of people who would be left out of pocket as a result of the way the compensation has been drawn up.

"We've been told it's to keep the public safe, but we're also worried about the licenced owners who are turning up with firearms and may be targeted by criminals.

"In all fairness to police they have come out and said that there will be other avenues as well, so going to police stations, going to certain dealers and also being able to have police come to your home for pickup.

Defence Minister Ron Mark said the Defence Force had not been asked to help out with security, but would be happy to if a request came through.