Dozens of Canterbury gun owners have been compensated more than $433,682 so far at the first of the government's 258 buy-back collections at Riccarton Racecourse today.

Dozens of gun owners handed in their weapons, which have been made illegal in the wake of the mosque shootings. Photo: RNZ / Simon Rogers

There's been a high security presence as armed police monitor and usher in gun owners - many accompanied by their partners - who have come to hand over their semi-automitic weapons.

Police said 169 firearms owners handed in a total of 224 prohibited firearms, and 217 parts and accessories, with $433,682 compensated.

In March, the government restricted ownership of semi-automatic weapons, in response to the mosque massacres in the city. 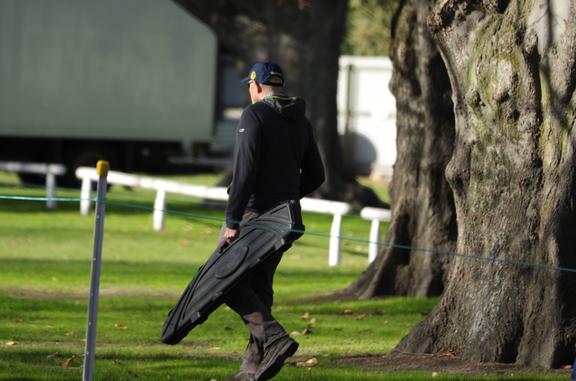 Today's gun buy-back collection is the first of 258 which will be run across the country until the end of the year.

The government has restricted ownership of semi-automatic weapons following the Christchurch mosque attacks, and people will have until 20 December to hand them over unless they are a certified collector.

Some of the gunowners told RNZ that although it was disappointing, they understood the reasons why it had to be done and praised police over the simple process.

All those spoken to said they were pleased with the process.

"It's been a great start and we want to say thank you to those Canterbury firearms owners that have taken part already.

"Police recognise that this is a big change for the law abiding firearms community and we are hearing really positive feedback from people as they come through today that they are finding the process works well for them."

He praised police staff for their efforts in running the event, which he said ran smoothly.

Mr Nash urged more gun owners to head to Riccarton Racecourse tomorrow for the second day of the buy-back event. 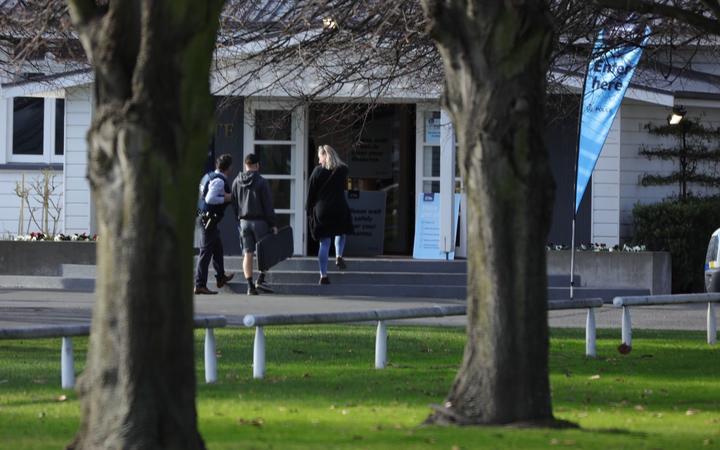