There is concern over a lack of housing for Christchurch's most vulnerable as the city's social housing waitlist soars. 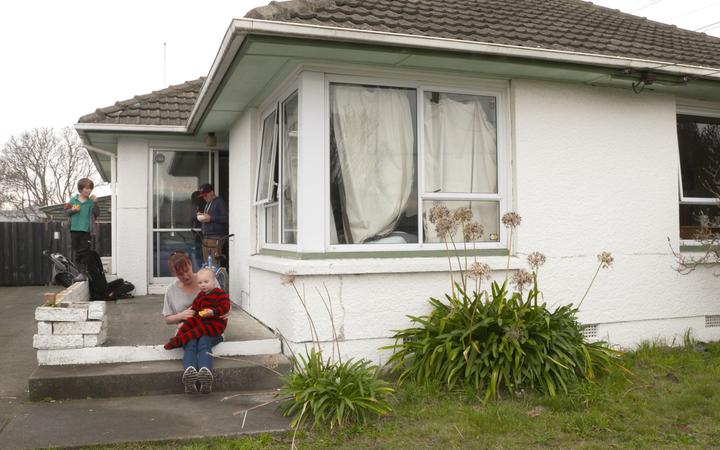 Dayna Clark and her family were forced to move into a motel after a house fire, but now have a small rental home in New Brighton. Photo: RNZ

Councillors have described the wave of people needing accommodation as "a tsunami", with a more than 10 percent increase in the last six months.

A Christchurch mum and her kids found it traumatic dealing with Housing New Zealand (HNZ) after their family home burnt down.

A month has passed since Dayna Clark and seven of her children, narrowly escaped a fire destroying everything they owned.

"We got home and everything was pretty much gone. The ceilings had come down so the stuff that wasn't touched by fire was ruined by water damage and smoke."

Her home in Woolston is still a charred shell but, fortunately, no one was inside when it caught fire. 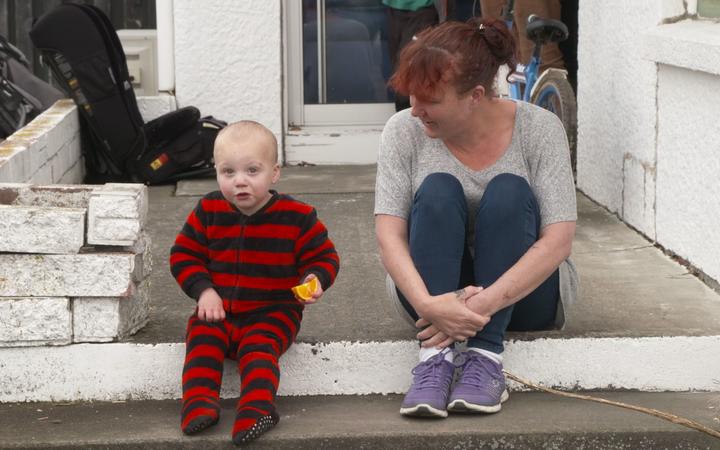 Dayna Clark and seven of her children narrowly escaped a fire that destroyed everything they owned. Photo: RNZ

She said the damage done in the search for a new home had added to the family's trauma.

"Because there is seven kids at home we literally had nowhere to go. So, we went to WINZ and they helped us with emergency accommodation and a motel."

Ms Clark said she had been on the emergency housing register four months prior to the house fire and was told the only way her family would be better position to be housed, was if there was an urgent change of situation.

However, having her home and possessions destroyed was not enough to see a shift on the housing register.

She called HNZ to find out what was happening.

"They explained to me that there was a 20-point system and you have to be urgent.

"I was in a three-bedroom motel and I was sitting at 12."

Ms Clark has since decided to move into a small rental home in New Brighton.

Although many of her children are still traumatised, she's glad to be out of the motel and has been overwhelmed by the amount of community support to replace the possessions they lost through the fire.

Ms Clark is calling for change and has since been removed from the MSD housing register.

There are 829 on the social housing waitlist, an increase from 750 in December. 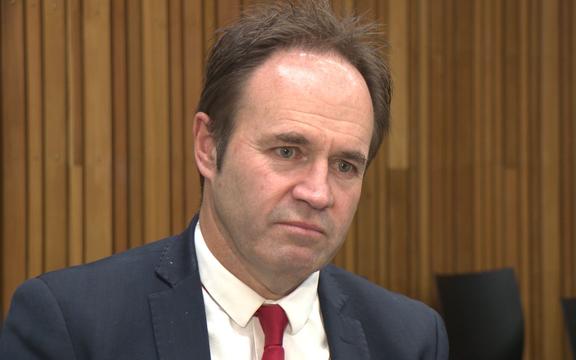 Christchurch councillor Glenn Livingstone said the council had a target to build 180 social houses a year through the Ōtautahi Housing Trust - but could not say for certain whether this goal would be met.

"I'm very concerned over the knock-on effects. If you look at housing, it's a system, it's a bit like playing a game of Jenga or dominoes. If you take one piece out, the rest falls apart."

The Ministry of Social Development said they met their obligations with Ms Clark and supported people finding their own accommodation if possible.

The government has committed to increasing public housing supply by 6400 by 2022. Of those, 404 are planned for Christchurch.