Tense discussions are under way as leaders meet for their annual Pacific Islands Forum retreat in Tuvalu. 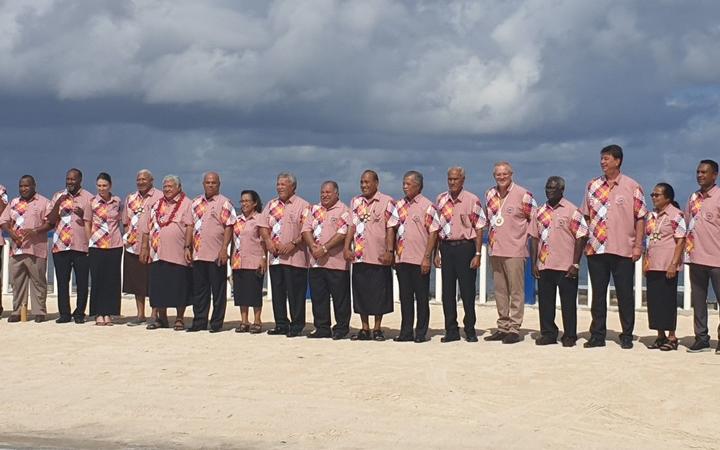 Leaders were all smiles as they posed in their matching coral shifts for the forum's family photo. Photo: RNZ / Yvette McCullough

Some of the smaller Pacific nations' leaders who have been highly critical of Australia's climate change policy this week and are expected to come out strong in negotiations behind closed doors as they hash out the wording of the forum's communique.

Ms Ardern said she never wanted to hear a sterile view from Pacific leaders because all nations should be holding each other to account on climate change.

She said today's discussions would be robust, but everyone would be looking to find common ground.

"It is a place where we're able to talk frankly with one another and I would expect that to occur on a range of issues.

"But it is clear that climate change is the centrepiece of this and I think what our Pacific Island leaders want to see is a transition, they want to see progress", she said.

Walking into the retreat alongside her, Fijian Prime Minister Frank Bainimarama said he would be fighting for climate change action.

These Pacific leaders will have an ally in Ms Ardern, but she's unlikely to go head to head with Australia, which has come under fire from smaller Pacific nations for not doing enough to address climate change.

It's expected Australian Prime Minister Scott Morrison will push back on any attempts to include tougher climate change goals or a reduction on coal use in the communique.

"I'd like to actually think that what the Pacific is seeking is what New Zealand has been seeking," Ms Ardern said.

"So in that sense I will be utterly consistent in the support I hope we've shown the Pacific in what we're doing domestically and I'll do exactly the same here today," she said.

Ms Ardern said she would not be calling Australia out for its domestic policies - like its use of coal. 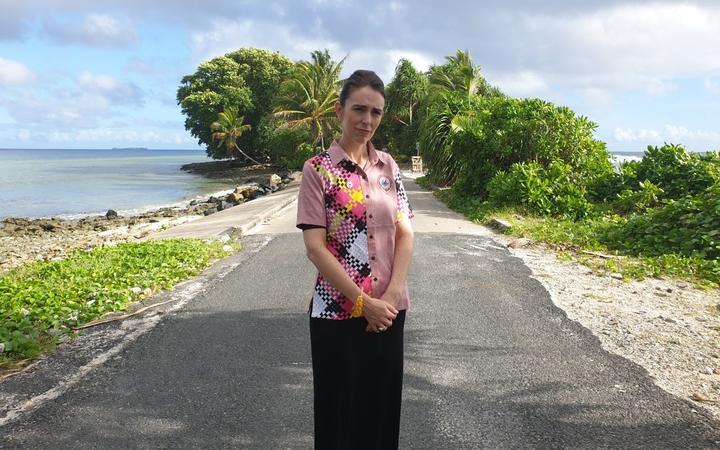 "Like I said yesterday, we in New Zealand, we have our own transition to undergo and for our own policies we need to be answerable in these forums, in the same way everyone around the table needs to be answerable," Ms Ardern said.

Ms Ardern said Pacific leaders and Australia had not tried to lobby her over use of coal.

"Absolutely not. We both know each other's domestic policies, we both know our positions, and the aspirations of the Pacific. 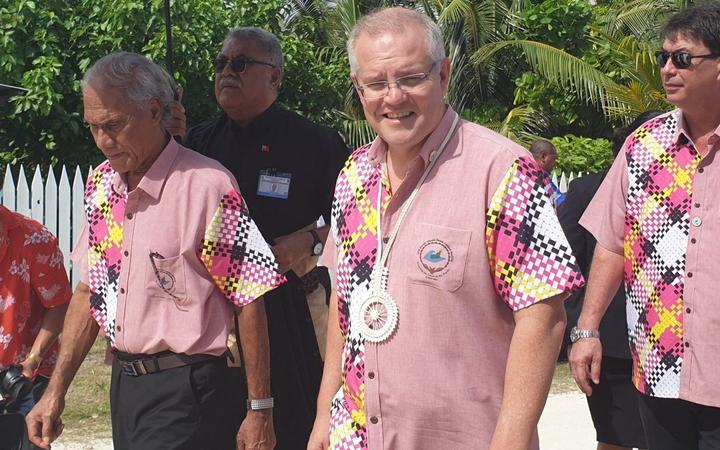 Australian Prime Minister Scott Morrison was quiet and straight-faced heading into the retreat. Asked whether his country is doing enough to address climate change - his only response was "yes".

The leaders retreat is scheduled to finish later this afternoon, but could run into the evening as they work to reach a consensus.