Prime Minister Jacinda Ardern is on her way to Tuvalu for the 50th Pacific Islands Forum, where climate change is expected to dominate discussions. 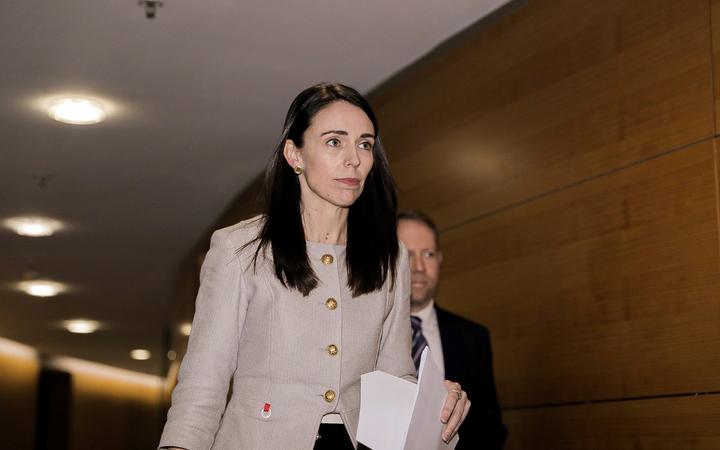 The forum is being held in the capital, Funafuti - a narrow, low lying atoll that, like the rest of Tuvalu, is at the front line of the climate change threat.

The tiny nation is battling rising sea levels, sweltering temperatures, and concerns about food security as growing land is poisoned by seeping saltwater.

Funafuti is about 20 metres wide at its narrowest point, and not much more than 400 metres at its widest.

Its population is expected to surge by 10 percent as leaders, delegations and media from around the world arrive for the forum.

The theme for this year is 'Securing our Future in the Pacific' and a pre-forum meeting was hosted on Monday about what actions nations are calling for on climate change.

Ms Ardern said it's very fitting to have a nation like Tuvalu hosting this year's forum.

"At the last Pacific Islands Forum climate change was a significant topic, in fact, it was identified by the forum as the biggest threat facing the Pacific.

"So to now hold a forum on an island where climate change is not a theoretical proposition but is very much a reality and a visual reality I think will be quite pointed," she said.

Ms Ardern said she expects leaders would be able to make tangible progress on ways to mitigate and adapt to the impacts of climate change during their talks.

"One of the issues raised before is that some nations are unable to access some of the grant funding available for climate adaptation, so that will be, I imagine, one of the conversations, as there will probably likely be around aid funding."

The forum will also have a key focus on fisheries and fisheries management, as well as a geo-strategic and geopolitical focus.

And Ms Ardern plans to raise issues around women in leadership in the Pacific.

The prime minister will also be holding bilaterals with several leaders on the sidelines of the forum.

"It's a fantastic opportunity to meet one-on-one with as many leaders as I'm able to squeeze in," she said.

"There'll be a particular focus, for me, on leaders that may have been newly elected and I may not have had a chance to meet with, so that will be a priority.

"As well as touching base with leaders I stay in touch with on a regular basis such as [Australian] Prime Minister Scott Morrison," she said.

Ms Ardern met with Mr Morrison in Melbourne last month, where she doubled-down on her criticism of Australia's "corrosive" policy of deporting New Zealand citizens.

The Australian Federal Government is now looking to introduce even tighter rules, allowing visas to be cancelled on potential prison sentences, and retrospectively.

Ms Ardern said while it's an ongoing conversation, she didn't expect deportations to be a big focus of their meeting.

"For us, I think probably given we're meeting as part of the Pacific Islands Forum we'll probably very much have a focus on regional issues this time.

"It's a good chance for us to catch up on the work that we're both doing and can collaborate on more in the Pacific."

Both nations have increased their focus on the Pacific in recent years, Australia with its Stepping-up policy, and New Zealand with its Pacific Reset.

One of the strategic elements of this has been countering the influence of China in the region.

When asked whether she's noticed the Pacific Reset having any impact on China's influence, Ms Ardern said she believed there'd been a changing presence over time.

"I don't think I could draw a direct link between what we've been doing and the reaction from others," she said.

"Our focus has very much been on our responsibilities [this is our region, we are members of the Pacific."

Ms Ardern will be in Tuvalu for the forum until Friday.