The leaders of the Pacific's nine smallest countries are calling for an immediate end to coal, divestment from fossil fuels, and a rapid step-up in action on climate change.

The small island states of the Pacific Islands Forum met this morning in Tuvalu, two days ahead of the full forum meeting.

It's about as strong as statements get: small islands declaring a climate crisis, wanting dramatic action.

In their communiqué, they called for divestment from fossil fuels, an end to coal, and for the biggest polluters to pay for the islands' adaptation.

It also called for support and bolstering of the UN's Green Climate Fund, which several countries have stopped contributing to.

One of those countries is Australia a forum member whose prime minister arrives here tomorrow.

It follows comments from Australia's Pacific minister, Alex Hawke, this morning where he said his country wouldn't budge from its support for coal, stance on climate, or the Green Climate Fund.

Papua New Guinea's Foreign Minister says plans on preparing and processing climate refugees into the country should be seriously looked at.

Soroi Eoe made the comments in support of Fiji Prime Minister Frank Bainimarama's opening remarks of a meeting ahead of the Pacific Islands Forum summit in Tuvalu. 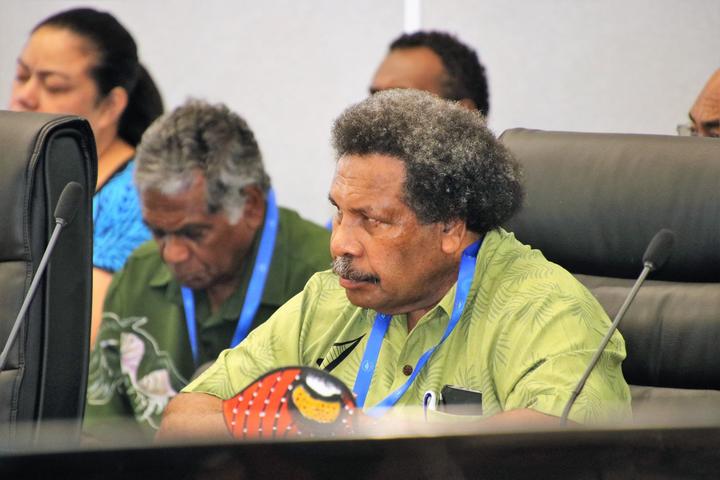 The Post Courier newspaper reports Mr Eoe added that PNG should address the issues raised by the Fiji prime minister.

"Fiji has already made an appeal or given an indication of support for small island countries in the event of their islands affected in one way or another they are prepared to accommodate them."

He said PNG should also start thinking about accommodating such people.

"I think this climate refugees is already happening all over the world. Some of the things like Africans migrating to Europe is also climate oriented as well. These are issues which are important."