Fijians living in Tuvalu have raised their concerns over worker contracts with prime minister Frank Bainimarama.

On Monday a group of teachers and nurses met with Mr Bainimarama at a talanoa session on Tuvalu's main atoll, Funafuti, where he is attending the Pacific Islands Forum summit. 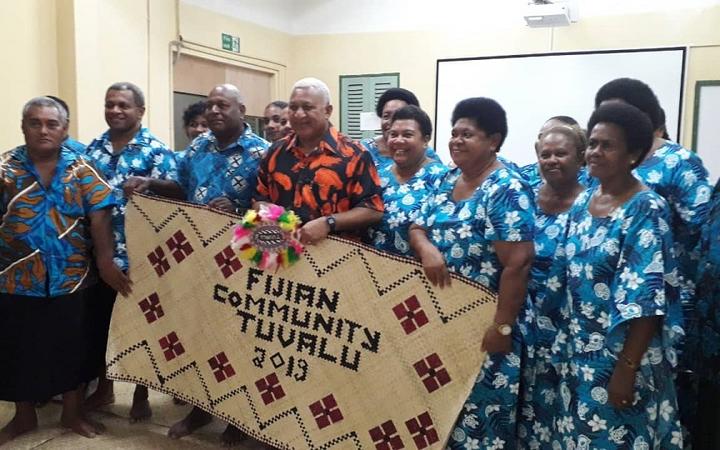 According to FBC News the Fijians urged the prime minister to help with the renewal of their employment contracts.

The contracts of 10 teachers and nurses who work in Tuvalu under the Fiji government's volunteer scheme have expired. However, some of them continue to work in Funafuti.

According to the nurses, discussions have been held with officials from the Tuvalu government to continue work.

A senior health official in Tuvalu, Kitione Matanisiga, said four nurses returned to Fiji last week while the other six remained on the atoll.

Mr Bainimarama assured the group of the government's help. He said the nurses and teachers need to continue with their work on the island.

Fiji's Foreign Affairs Minister Inia Seruiratu, who is also in Tuvalu for the Forum meetings, said the labour ministry would finalise the workers' contracts.

The Fijian community later hosted the prime minister and his delegation to a reception at the University of the South Pacific's Funafuti campus.