The Chinese telecom giant last month sent a letter to ministers, including Mr Little, warning it could be forced to pull out of the country if it was blocked from working on 5G upgrades.

The missive - which was leaked to NZME - said such an approach would have "a significant effect" on Huawei's revenue and create a "real risk" causing the company to leave the New Zealand market.

The Government Communications Security Bureau (GCSB) last year rejected a proposal from Spark to partner with Huawei to deliver 5G, citing security concerns; Spark is still deciding whether to reapply. 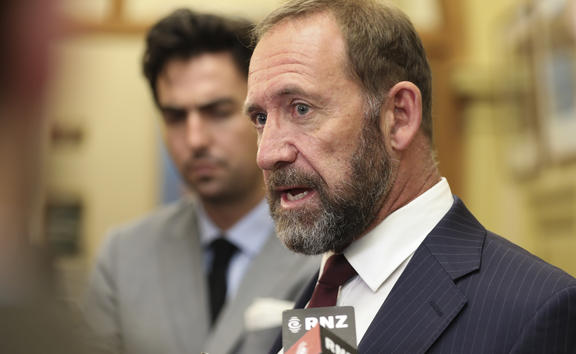 Mr Little told RNZ he had read the "lengthy letter" from Huawei NZ managing director Yanek Fan and referred it to his officials to respond.

"It's not appropriate for me to engage with them," Mr Little said.

"It is not the job of the GCSB, nor me as Minister, to engage with technology suppliers."

The GCSB was tasked with making such decisions on a "case by case basis" directly with network owners, not suppliers, Mr Little said.

"The way [Huawei] get to work out a place for them and enhance their commercial interest is to work with their client, in this case Spark.

Asked whether he was concerned about the prospect of Huawei exiting New Zealand, Mr Little downplayed the possibility.

"It's not uncommon - you get threats like that. Huawei has other clients in New Zealand and, look, they will make their business decisions," he said.

"They have been supplying technology of certain types to telcos ... they are currently doing that. They can continue to do that.

"In the end, the [GCSB process] is there to make sure that the national security needs of New Zealand are not compromised by the use of new technology in our telecommunications networks."

Huawei deputy managing director Andrew Bowater yesterday told RNZ the letter was not intended as a threat and it was "disappointing" it had leaked.

"We still want to be here ... we still have contracts in place and we will continue to support our customers and see those through.

"But what we're saying is New Zealand risks missing out on the best quality technology."

He said the letter laid out the potential "economic impact" on the country if Huawei was forced to exit the market.

"We've done nothing wrong and there's never been any evidence of wrongdoing laid out, so we'd like a fair shot at the market."

Mr Bowater said government ministers had a responsibility to come up with some answers.

"They do govern the country, so ultimately it is their call."