The outgoing chief executive of Spark has one departing wish - for the government spy agency to reconsider its ban on Chinese technology company Huawei. 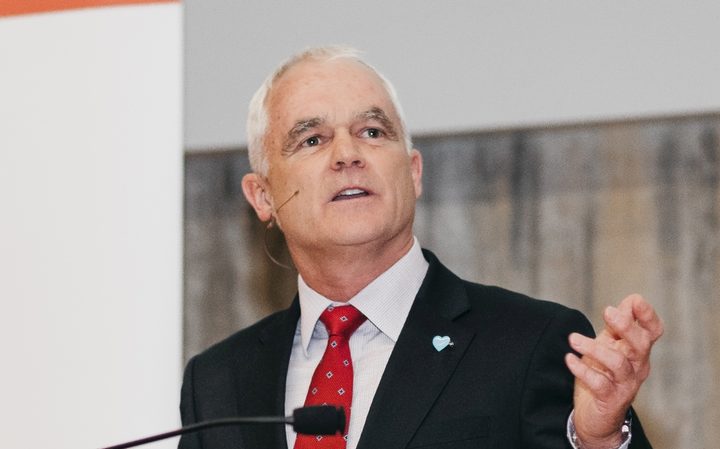 Simon Moutter says the rebranding of Telecom to Spark was probably the biggest call of his career. Photo: Leadership NZ

"Huawei technology is superior in our view," Simon Moutter said.

"We would like Huawei to be part of the mix and we hope that in the passage of time, we can overcome those concerns."

Spark applied to the government for permission to use Huawei infrastructure in the rollout of its 5G network, but the Government Communications Security Bureau rejected the request, citing risks to national security.

In April, Mr Moutter announced he would leave Spark after seven years in the top job, and would hand over the reins to Spark customer director Jolie Hodson in July.

"I think she is going to do a fantastic job. I have completed the things I said I would do. My skills were right for that seven-year period and I think Jolie's skills will be better than mine for the seven years ahead," he said.

In 2014, Mr Moutter led one of New Zealand's biggest ever rebrands, changing Telecom to Spark, which he acknowledged was a challenging move.

"It has been a journey. The biggest decision by far was the rebranding. [It was] probably the biggest call I will ever make in my career."

During his tenure he also carried out a costly restructure axing hundreds of jobs, and more recently, positioned Spark to aggressively and successfully bid for sport content rights - including the Rugby World Cup - to launch a Spark Sport streaming platform.

He said he had no regrets and had done the best he could with the business, priming Spark for growth.

"We are much more than a telco. [We offer] everything from Spotify with your mobile and Lightbox."

Mr Moutter said it was the right time to leave, however.

He had not yet decided what he would do next, but was adamant retirement was not yet an option.

"I can certainly see myself as a chief executive or an executive chairman again. I am a hands-on guy, I am not rushing to a boardroom career.

"I will tell you what I will not be doing. I am not a politician and never will be."

Mr Moutter is also a director of the small fashion business Designer Wardrobe and owned a stake in a Waiheke Island beer brewer.