The Government Communications Security Bureau (GCSB) has turned down telco Spark's proposed use of Huawei equipment in its new 5G network, citing national security risks. Here is everything you need to know about it. 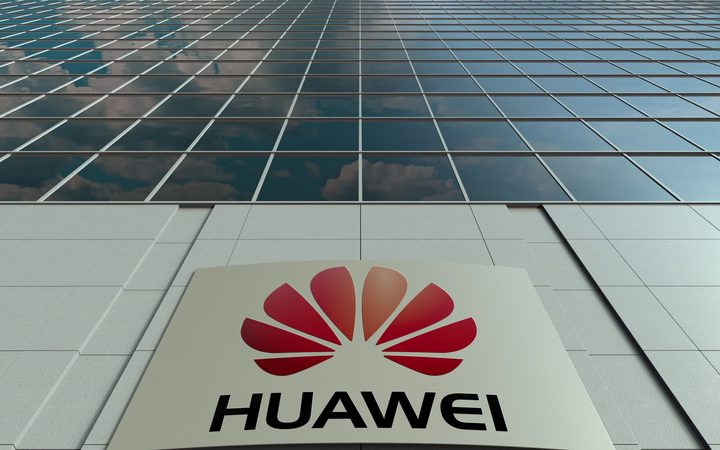 The GCSB blocked Spark's bid to use its equipment in the new 5G network and now the Chinese tech company is seeking an urgent meeting with the government.

The 5G network is the fifth generation of cellular mobile communications. It succeeds the 4G, 3G and 2G systems and offers faster speeds of internet connectivity and more reliable connections.

The telecommunications provider on Wednesday said it would review the reasoning before considering further steps.

Spark has promised to roll out the network by 2020.

Why did it get turned down?

GCSB Minister Andrew Little said the decision to turn down the overseas network provider was because the technology was too risky - not because the company is Chinese.

But he said the decision had nothing to do with Huawei's close ties to the Chinese government.

"It's not about the supplier necessarily it's about the technology they wish to introduce, the nature of it, which is different to technology currently used in our telecommunications networks."

Mr Little stressed it was not a "hard no" on Huawei and it was up to Spark to see what steps could be taken to mitigate the assessed risks.

However, National Party leader Simon Bridges said: "Huawei is one of the best in the business in this game so having them there in the commercial tenders that the Sparks of this world do does have a real effect on quality and price.

"If there isn't the evidence we should I think be using them.

"I've seen no smoking gun, I've seen no evidence that says to me that there is a need to ban as we've seen in Australia and one or two other countries.

There are concerns that the decision risks damaging NZ's relationship with its biggest trading partner - China.

Political commentators have also warned that the decision could have major consequences for Aotearoa's tourism and education sectors.

And Huawei New Zealand deputy managing director Andrew Bowater said the biggest potential impact of the decision would be in consumers, in terms of technology and price, due to the lack of competition.

The GCSB's decision comes as Western nations become increasingly wary of what they say is possible Chinese government involvement in fifth-generation mobile and other communications networks. Huawei has repeatedly insisted Beijing has no influence over it.

Huawei has repeatedly denied engaging in intelligence work for any government and is seeking an urgent meeting with the government.

In a statement, Huawei New Zealand deputy managing director Andrew Bowater said the company hasn't had any formal notification or contact from the GCSB.

"There has been no evidence of wrongdoing by Huawei presented and we strongly reject the notion that our business threatens New Zealand in any way. We deserve the opportunity to have our voice heard and to address any concerns in good faith," Mr Bowater said.

"Since Huawei was established in New Zealand in 2005 it has always worked in good faith with the Government and other industry players. We believe that our involvement in the telecommunications sector has benefited New Zealand's economy, businesses and consumers."

"We hope the New Zealand government provides a fair competition environment for Chinese companies operating in New Zealand, and does more to benefit bilateral mutual trust and cooperation," he told a daily news briefing.

Under the Telecommunications (Interception Capability and Security) Act 2013 (TICSA) any telco that wants to introduce new technology to its network must notify the GCSB, which then does an assessment.

The company's history with NZ

Huawei has been involved in other telecommunications systems in New Zealand such as its 4G mobile network, and is investing NZ$400 million into research and development.

Mr Little said each decision regarding telecom technology was made separately under telecom and security legislation.

"The difference between 5G networks and conventional 4G and 3G networks is the configuration of the technology," Little said. "With 5G technology, every component of the 5G network means every part of the network can be accessed."

That echoed Australian concerns that, with 5G, it was difficult to confine vendors considered high risk to a network's less sensitive parts.

Spark rival 2degrees said it had noted the decision and was "seeking clarity on it".

"The importance of multiple vendors to deliver price competitiveness still stands, so if this announcement has a similar impact on 2degrees it will be a real disappointment for competition," 2degrees corporate affairs chief Mathew Bolland told Reuters.

Vodafone New Zealand Ltd declined to comment to Reuters on the matter.

What the technology experts are saying

Senior security consultant for Insomnia Security Adam Boileau said the GCSB's decision was not a surprise.

He said Mr Little's comments about it being about technology and not about politics doesn't make a lot of sense.

"It's not really meaningful to consider these risks without considering what they would be used for."

On security concerns, Mr Boileau said there hasn't been a clear answer.

He said the technology architecture for 5G is not that different to the other networks we already have.

"These risks exist with existing networks, it's just that it's very difficult for the government to go in and say 'well you have to rip out your working network', versus being able to stick their oar in in the design phase, which is what were seeing.

"That's what they have the legislative right to do at the moment, they can't really show up and rip out the existing networks."

He said hasn't seen any evidence that Huawei's had its technology compromised by the Chinese Communist Party.

Mr Boileau said he doesn't have specific information about Huawei but that if you talked to people in the engineering industry, Huawei's engineering quality is actually pretty good.

"We haven't seen the Chinese use it yet."