Accusations over the way senior government figures handled the so-called Treasury hack continue to fly, after another testy day at Parliament. 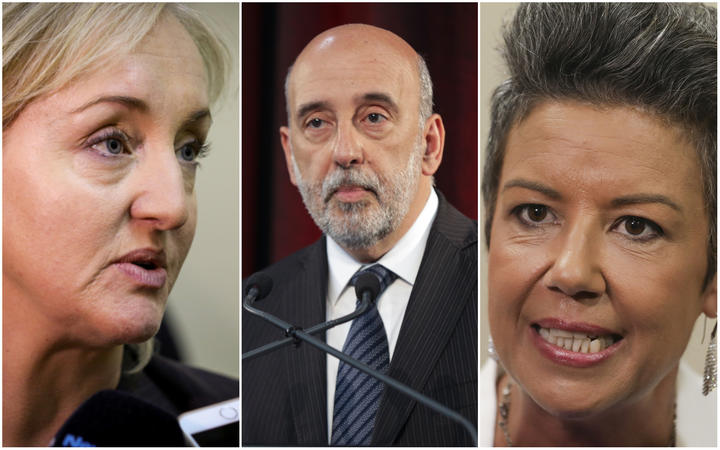 Treasury officials, ministers and the head of the public service have all faced further questions about their role in the controversy.

The National Party used a search function to access, then release, Budget information days before it was officially due; the Treasury head Gabriel Makhlouf issued a statement claiming a hack and called in the police; the Finance Minister echoed that statement a short time after.

The spy agency, the GCSB, told various parties a hack had not occurred and the language should be changed but no one corrected the record until the following afternoon.

Mr Makhlouf was farewelled at Parliament earlier this week, and will officially finish up at the end of next week before heading off to take up the job as the head of Ireland's central bank.

He and Treasury are now the subject of a State Services Commission investigation.

In select committee, Mrs Bennett said Mr Makhlouf should of course have been farewelled respectfully.

But she questioned some of the language Mr Hughes used.

"You are probably the most powerful public servant ... you chose to use words that contribute attributes to him that are under question in a current investigation that your own department is running.

"I'm sorry - that does have influence ... you could have given all of that respect that I certainly acknowledge for all of those years of service ... but you needn't do it in the way of possibly influencing an inquiry you are responsible for.

Mr Hughes said the responsibility for that inquiry rested with the Deputy Commissioner John Ombler.

"Mr Ombler will complete his investigation report, it will come to me, and you have my absolute assurance I'll be fair, rigourous in deciding what happens as a result of that."

Senior Treasury officials and the Finance Minister Grant Robertson faced a barrage of questions over why Mr Makhlouf was conspicuously absent at Treasury's regular select committee appearance this morning.

The Treasury Secretary would usually appear beside the minister to field questions about the Budget.

However senior Treasury executive Struan Little was there in Mr Makhlouf's place.

The decision about attendance was made for the sake of continuity and those present were involved in preparing the material under discussion, Mr Little said.

Committee member and National MP Amy Adams told the Finance Minister it was "utterly unacceptable that the Secretary who's still on the payroll" was absent.

That was "entirely a matter for the Treasury", Mr Robertson replied.

Mr Makhlouf was "continuing his work" up until his finish date, he said.

"He has many different responsibilities as the chief executive of the Treasury - but these aren't decisions for me."