NATO has requested New Zealand support for a new training programme in Iraq, and the Prime Minister is hopeful a free trade agreement with the European Union could be signed this year, after talks in Brussels. 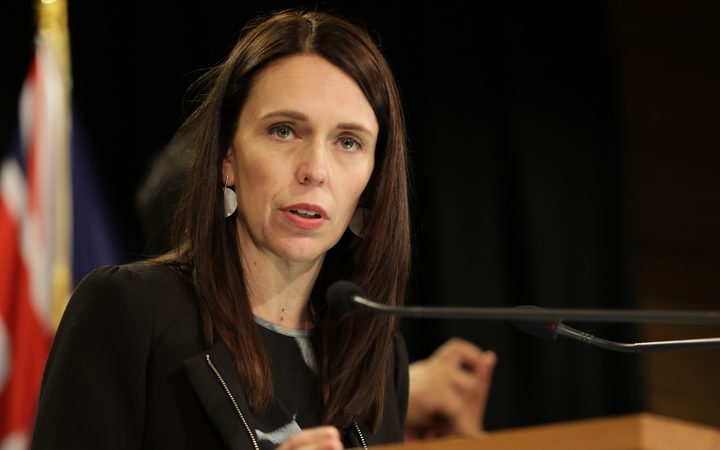 Speaking at the conclusion of her European tour Jacinda Ardern said a request to contribute to a new NATO training programme for Iraqi Security Forces was raised for the first time in an overnight meeting with NATO Secretary General Jens Stoltenberg at NATO headquarters in Brussels.

They talked broadly about how to foster long-term stability in the Middle East, focused on Afghanistan, Iraq and Syria, she said.

"He of course spoke with me about the importance of New Zealand's contribution in Afghanistan [and] gave me a very quick run-down of NATO's new programme, training in Iraq, and made the request for New Zealand to consider some form of contribution there.

"Obviously that's not something I gave him any commitment or response to."

NATO and New Zealand are part of the 79-member Global Coalition to Defeat ISIS.

The new NATO mission to train Iraqi Security Forces was established last year at the request of the Iraqi government, NATO have said, but is still building up force and expected to begin full operations this year.

New Zealand's training mission to Iraq began in 2015, and in September the government extended it until June this year, but announced the number of people would reduce to about 120.

Ms Ardern said its future will be re-assessed this year, and the new NATO request would also be discussed when she arrives back in New Zealand.

The decision to send New Zealanders into dangerous and challenging environments was always a difficult one, she has previously said.

Mr Stoltenberg also emphasised the importance of a long-term commitment to security in Afghanistan, and Ms Ardern talked with him about New Zealand's work in the country over the last 20 years.

Earlier in the day she met with European Union leaders Donald Tusk and Jean-Claude Juncker, and said she was surprised how strongly they signalled a free trade agreement with New Zealand was likely.

"I had heard before ... the hope that [it would be] concluded within ... their term, by the end of 2019. But the degree [Mr Juncker] was putting emphasis on that really stood out to me. He wants to see this deal done.

"We share the ambition of concluding a deal as soon as we can, but we have a duty to go into those negotiations with ambitions for a high quality deal for the range of New Zealand businesses providing goods and services within the EU," Ms Ardern said.

"We need to make sure that it is a quality deal. So time will tell."

EU commissioners had already been visiting New Zealand to lay groundwork for the deal, and meetings had begun, providing a good basis to move quickly, she said.

Agricultural trade and agricultural subsidies and tariffs in the EU would be sensitive points in the negotiations.

"We already are supplying into EU and UK markets, so we already have a presence and provide a product which differentiates itself from a lot of products in the European market," Ms Ardern said.

"Our products are high quality and in demand with consumers, but New Zealand is only able to produce so much of the world's food supply.

"So it is about allaying those fears and demonstrating what benefit there is for the EU as well."