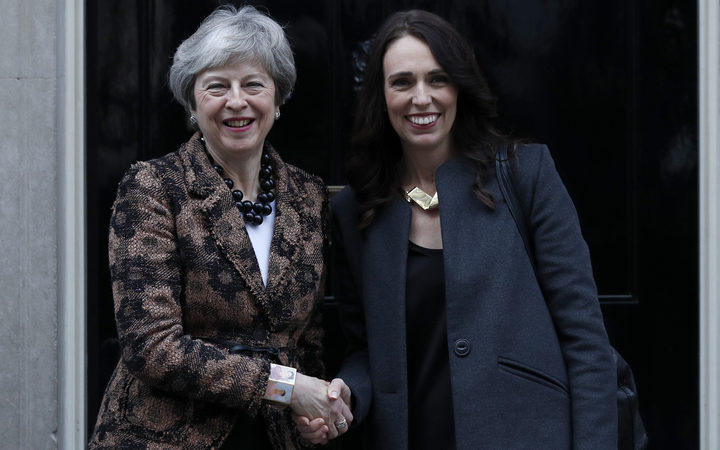 Ms Ardern, who just met Mrs May at 10 Downing Street, said this was good news for New Zealand businesses.

She said she hoped Britain's assurances that New Zealand would not be any worse off after Brexit would calm concerns, particularly in the meat industry.

"I think it incredibly important that we have signed today with the UK the mutual recognition agreement. It means that regardless of what happens with Brexit, our exporters will continue to be treated as they currently are for instance by the EU," Ms Ardern said.

"It means they won't be disadvantaged no matter what the outcome here is in the UK as a result of Brexit."

She said the meeting was constructive and reiterated interest as in previous meetings about free trade agreements. 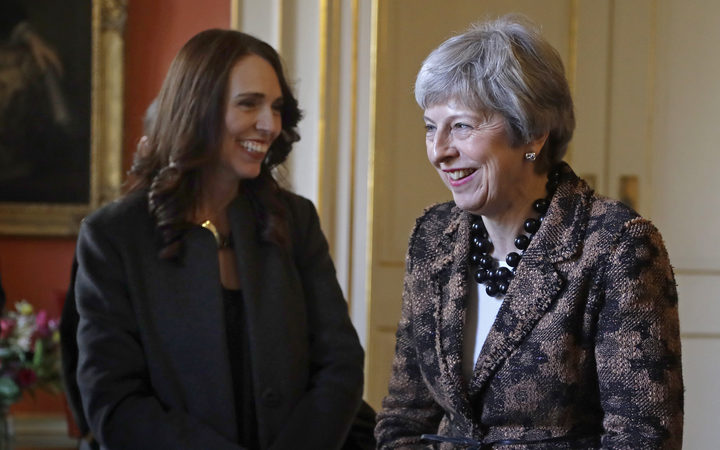 A "no deal" Brexit would prove to be very disruptive for New Zealand alongside many other countries, Ms Adern said.

"There is a huge amount of uncertainty for what a 'no deal' would mean ... as for any business currently trading with the UK would create a level of disruption and uncertainty that I think would be incredibly difficult - not just for New Zealand but for everyone."

She said while a hard Brexit would have its challenges, a deal under which the UK was prevented from negotiating free trade deals with other countries would be more disadvantageous.

"I think probably what a 'no deal' would mean there would probably be a heightened need for the UK to enter into a range of trade agreements and then where we might sit in the prioritisation of agreeements."

Ms Ardern also attended a Brexit roundtable where she met with representatives from the equivalent of Business New Zealand, the Lord Mayor of London and others, to discuss the implications on businesses and trading relationships.

There was a great deal of enthusiasm for a trade deal with New Zealand, she said, which made her "very optimistic" about trading opportunities in the UK. 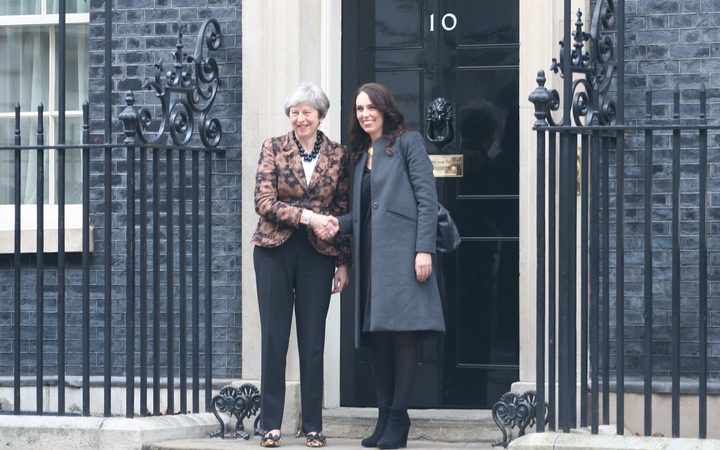 The UK has already started consultation on trade deals with New Zealand, Australia and the United States.

"Under their current expectations of what they hope they'll achieve with Brexit; we're the first cab off the rank," Ms Ardern said.

The meeting comes days after Mrs May survived a no-confidence vote after her Brexit deal was comprehensively rejected in Parliament.

After the meeting, Mrs May also talked about her discussions with Ms Ardern in parliament.

The two prime ministers also discussed immigration policy and how it might affect New Zealanders travelling to the UK in the future, and domestic violence policy.

The meeting is part of Ms Ardern's trip around Europe which she will finish in Brussels, where the focus will be progressing a free trade agreement with Europe.

Meanwhile, the National Party said a full trade deal was the ultimate goal.

National leader Simon Bridges said the prime minister's meeting with Mrs May was a good start and would give some comfort to exporters.

"Were a hard Brexit to happen very soon means there'll be some business as usual trading. But what will of course be required is, over time, more than that, a substantive, full, free trade agreement."