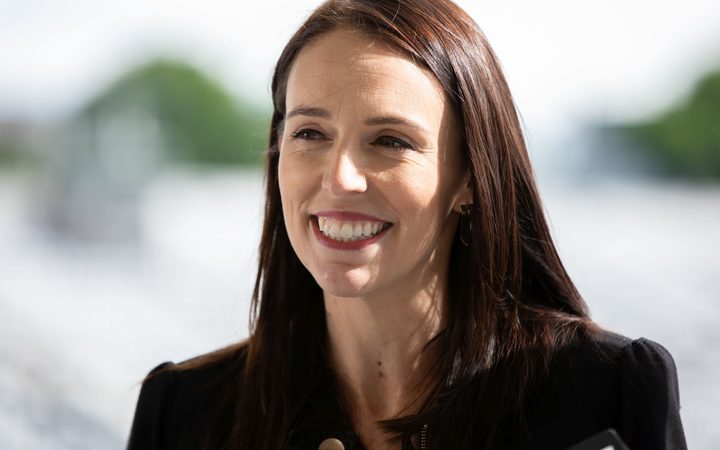 Prime Minister Jacinda Ardern has been named the 29th most powerful woman in the world by Forbes. Photo: RNZ / Dan Cook

The magazine, which regularly issues lists and rankings of sportspeople, politicians, the powerful and the wealthy, ranked Ms Ardern at number 29 and cited "the new norms" she set as a government leader "when she gave birth, took six weeks maternity leave and shared that her partner will be a stay-at-home dad".

The magazine's list went on to cite a host of reasons for placing her so high on the list, just six places behind Queen Elizabeth II and 21 places above singer Beyoncé.

It said she had used her platform to "create a path for other women" to follow in her footsteps and, at age 38, was the youngest female leader in the world and New Zealand's youngest PM in 150 years.

Forbes also singled out the fact she "promises an 'empathetic' government, with ambitious plans to tackle climate change and child poverty".

Number one on the list was German chancellor Angela Merkel who Forbes said was the ''de facto leader of Europe, leading the region's largest economy after steering Germany through financial crisis and back to growth."

Despite her difficulties with Brexit, Britain's PM Theresa May comes in at number 2.

Prominent among the women on the list as well were the female Supreme Court Justices of the US who are said to wield tremendous power, often reaching beyond the US, because they comprise now one-third of the nine Justices.

They are placed at number 19, one place ahead of TV supremo Oprah Winfrey.