New Zealanders should not expect a closer relationship with the United Kingdom after it leaves the European Union, a former top British diplomat tells Insight. 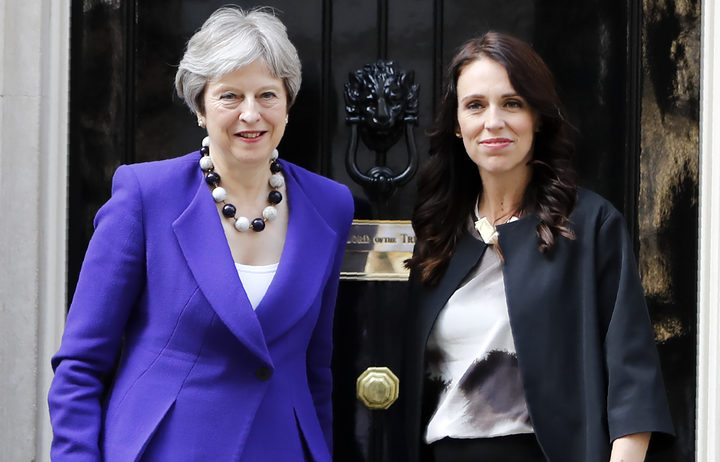 Prime Minister Jacinda Ardern recently returned from London where she talked trade with her British counterpart Theresa May. Photo: AFP

Prime Minister Jacinda Ardern recently returned from London where she talked trade with her British counterpart Theresa May and other Commonwealth leaders.

Champions of the Brexit movement have suggested Britain will draw closer to Commonwealth countries as it exits the EU.

But Sir Simon Fraser - who used to head the UK's diplomatic service - said people on both sides of the globe need to keep their expectations in check.

"I don't think there's going to be a very significant shift in British attitudes - or huge investment of British effort into New Zealand - more than there is now."

The two countries already had a strong relationship and it was important to keep perspective, Sir Simon said.

"It is possible to overblow the rhetoric... Being in the EU or out of the EU is not necessarily the determining factor."

The UK has previously said New Zealand will be one of the first in line for a post-Brexit trade deal. Negotiations are expected to begin after the UK moves into the next phase of Brexit next year.

After meeting with Ms May, Ms Ardern said New Zealand was "really well placed" to enter into those trade talks.

The deal - which was worth roughly $5 billion - was one of the government's two biggest trade priorities, Ms Ardern said.

Sir Simon said the UK government must focus first on securing a good deal with the EU, but NZ would clearly be part of Britain's trade strategy.

"That's very welcome, but it's not going to be in itself a solution to Brexit."

Trade Minister David Parker said it was a "likelihood" that New Zealand would end up with a better deal with the UK than it does currently.

"The UK's currently bound by the European tariff schedule - and that of course, causes high tariffs to be paid on a lot of what we export to the United Kingdom."

You can hear more about the UK's relationship with New Zealand and the wider Commonwealth on Insight just after the 8 o'clock news on Sunday Morning.