A leading geopolitical commentator fears New Zealanders could be the next target of China's apparent retaliation for the detention of a top Huawei executive in Canada, as well as the ban on use of its equipment for the 5G network rollout. 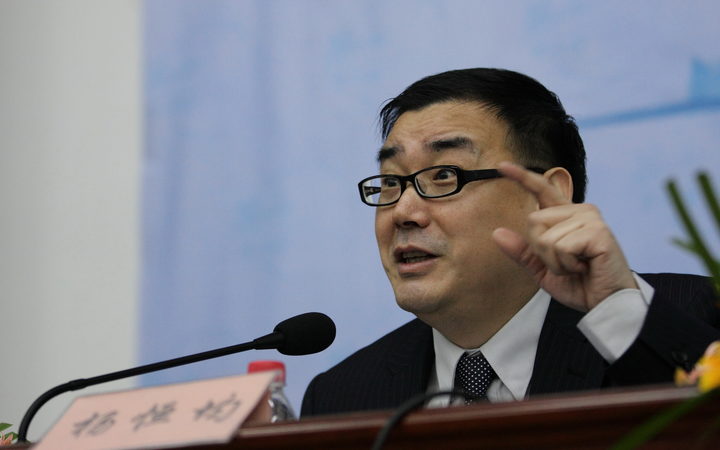 The Chinese company is one of the world's biggest producers of telecoms equipment.

Huawei has been blocked from using its equipment in the rollout of 5G networks in New Zealand and Australia amid fears telecommunications are being used by the Chinese government for spying.

Other countries such as the United Kingdom, the United States and Canada have raised concerns about the company while Japan, Korea have scrutinised it. Reports also emerged that Germany is considering a similar 5G network rollout ban.

Huawei has repeatedly denied engaging in intelligence work for any government.

Prominent writer and former diplomat Yang Hengjun, an Australian citizen, is the latest person to be locked up in China in what analysts believe is a government strategy to get even with the West after the arrest of Huawei chief financial officer Meng Wanzhou in Canada.

As well as the detention of Mr Yang a few days ago, two Canadian citizens were detained in China in recent weeks.

"I think this pattern will continue and that's where New Zealand has to be concerned because the Chinese press have made clear that continuing to bar Huawei will result in retribution.

"New Zealand clearly is in the firing line. I would not, for example, want to be a New Zealand businessman in China right now."

Canadian Robert Schellenberg was last week sentenced to death after a one-day trial to appeal his 15-year prison sentence for drug trafficking.

However, BBC reported that China denied it was using its legal system to take hostages as bargaining chips in the case of Ms Meng, who is also the daughter of the company's founder. 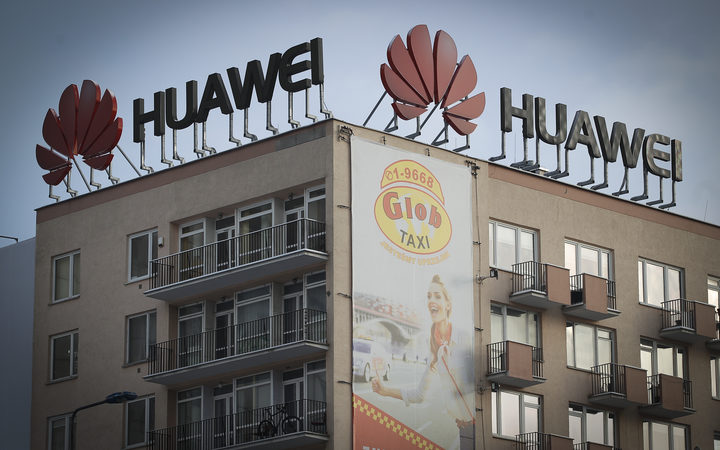 Dr Paul Buchanan said there was nothing comparable to the Huawei or ZTE operate so closely to the Chinese government when it came to Western corporations. Photo: AFP / NurPhoto

According to the Ministry of Foreign Affairs, there were 19 New Zealanders in detention in China as of July last year, with many facing similarly lengthy sentences.

Dr Buchanan said although there did not appear to be a connection between Schellenberg's case and the Huawei issue, it may well be wise for those in custody to avoid provoking the Chinese government.

"Obviously those people in custody are in some jeopardy as a result of that precedent, even though it's unlikely that they would be used in a kind of tit-for-tat," Dr Buchanan said.

While New Zealand and China have traditionally had a good relationship, Dr Buchanan said the coalition would have to perform a delicate balancing act if it was to avoid retaliation for rejecting the telco's 5G proposal.

"This is a turning point. Australia and Canada also had very good relations with China. In fact, the parallels between the three countries... are many. And so I am of the opinion that New Zealand's next in the firing line."

It's hard to imagine a Kiwi company becoming as entangled with the government as Huawei is in China, but Dr Buchanan said it illustrated how connected the state was to Chinese enterprise.

"These companies work hand in glove with the Ministry of State Security. They have people from the ministry staffing various positions, they have units or cells that are dedicated - at least in the minds of Western intelligence - to cyber hacking.

"There's nothing comparable to the way Huawei or ZTE operates when it comes to Western corporations."

Feng Chongyi is a friend of the Australian writer detained in China.

He told the ABC Mr Yang was taken away by 10 state security police after arriving in Guangzhou from New York.

"I believe he has been taken away by the personnel of Chinese state security. Since last Saturday morning when he arrived from New York, he was separated from his wife and step daughter and his wife has not been able to see him anymore since that morning."

Meanwhile, in the UK, the youth charity founded by Prince Charles announced it would not accept any new donations from Huawei "in light of public concerns".