The inquiry into who leaked the National Party's expenses has been called off after RNZ revealed the leaker had confessed in an anonymous text. 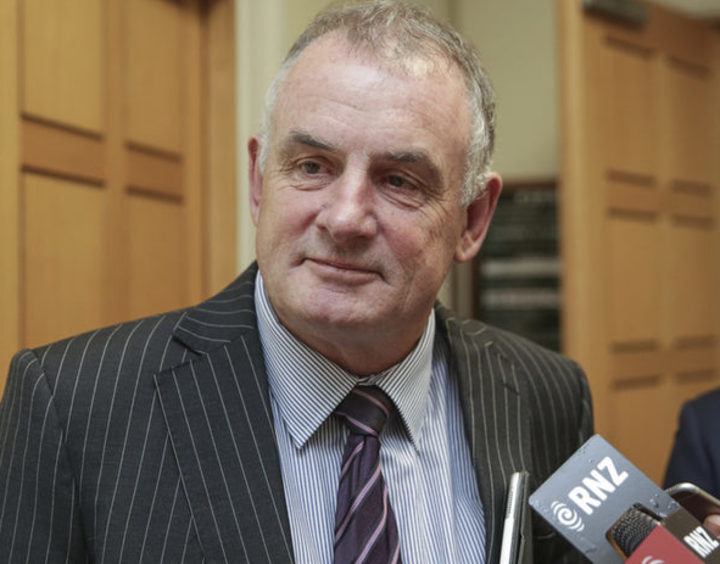 Trevor Mallard has called off the inquiry into the expenses leak, despite Simon Bridges wanting it to continue. Photo: RNZ/Rebekah Parsons-King

RNZ has revealed a person claiming to be a National MP sent a text message to Simon Bridges claiming responsibility for the leak and saying they had suffered from mental health problems in the past and being exposed publicly could push them over the edge.

In a media conference this morning Mr Bridges confirmed he had received a "dark and concerning" message on Thursday last week along with Parliament's speaker Trevor Mallard and a media organisation.

Mr Bridges said he was concerned about the welfare of the leaker, but also stressed the inquiry needed to continue.

He said he contacted the police and they confirmed they knew who the leaker was but wouldn't identify them, Mr Bridges said he could not be sure whether the leaker was a National MP or not.

However, Mr Mallard this afternoon called off the inquiry that was to have been undertaken by Michael Heron QC.

"The existence of, and part of the detail of, a text both the Leader of the Opposition and I received last week has been reported on. It has now been confirmed to me that the person who leaked the details of the expenses and the texter are the same person. He or she has details of events that it is unlikely anyone outside the National Party would be privy to," Mr Mallard said.

"The text is from someone who is clearly very disturbed and today's publicity will almost certainly make that worse. My priority is to get appropriate support to them whether they are an MP or a staff member."

"I have indicated to him that the Parliamentary Service will cooperate if he decides that he wants to proceed with an investigation and appropriate consents from MPs are in place. The general manager will make any relevant staff emails available." 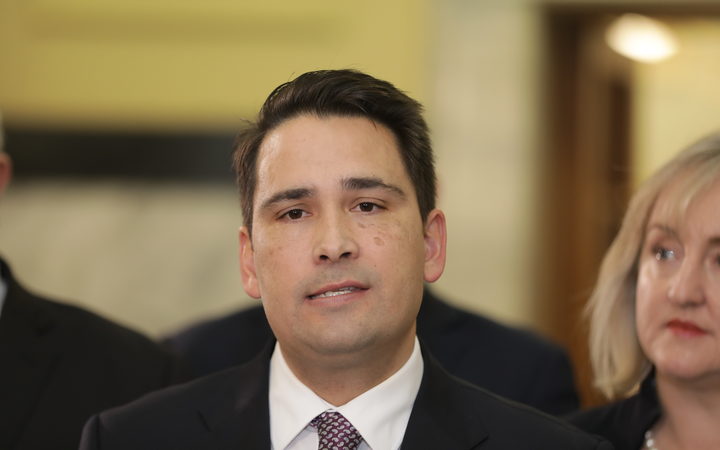 Simon Bridges speaking to media this morning on the text claiming responsibility for the leak Photo: RNZ/Rebekah Parsons-King

The National Party said in deciding to halt an inquiry into the leak of the leader's travel expenses, the Speaker of the House had "cast a pall" over the whole caucus.

Trevor Mallard has pulled the pin on the investigation he initially ordered, saying it was now a matter for National to deal with as it was likely the person responsible was from that party.

National leader Simon Bridges had pushed for the inquiry, saying it was important to ensure the integrity of Parliament.

Shadow leader of the House Gerry Brownlee said in a statement it was still important to find out who was responsible, and they would endeavour to find out.

"We stand by the steps we have taken and we reject the speaker's assertion the leak could only have come from the National Party.

"While that is possible, that is not his decision to make nor can he categorically make it based on the evidence," he said.

Mr Brownlee said the speaker had no new information than when he announced the appointment of a QC to lead the inquiry yesterday.

"It is not the role of the speaker to decide who is guilty nor arbitrarily decide that the inquiry cannot proceed based on what he believes will be the impact on the person behind the leak. He has cast a pall over every member of the National Party.

"That is not natural justice nor is it consistent with the role of the speaker to protect the interests of Members of Parliament. The speaker is supposed to be Parliament's man but in this case he has not acted like it."

Mr Brownlee said to "settle the matter, to ensure this person's well-being and to protect the integrity of the role of the opposition" National needed to know who was behind the leak and they would "endeavour to find out".

Prime Minister Jacinda Ardern said questions around who leaked Simon Bridges' expenses should be dealt with internally by the National Party.

Ms Ardern said pulling the plug on the inquiry was Mr Mallard's call to make and with some of the information that has been coming to light it seemed even more important that it was dealt with internally and in a sensitive way.

But Deputy Prime Minister Winston Peters said Mr Bridges had dealt with the leak around his expenses in a "cack-handed" manner.

Mr Peters said it would be a "gross waste" of taxpayers' money to continue with the inquiry.

"Whilst it was a matter of high sensitivity it didn't stop Mr Bridges from going out and making all sorts of statements without the facts and implicating people who were totally innocent."