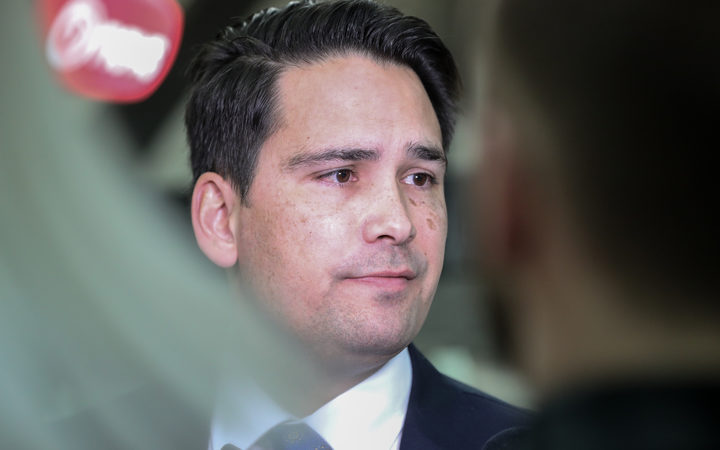 It's a major development in the saga over who leaked Mr Bridges' expenses and raises huge questions about the stability of his leadership and disquiet among National MPs.

Sources have told RNZ Mr Bridges and the Speaker Trevor Mallard both received an anonymous text message last week from a person claiming to be responsible for leaking the information to Newshub.

The author of the text warned they suffered from mental health problems in the past and said being exposed publicly could push them over the edge and put their life at risk.

The appeal came after Mr Mallard launched an inquiry into who leaked the expenses and promised to name and shame the person responsible.

The text, which RNZ has not seen, detailed a number of conversations and pieces of information from National caucus meetings over a period of weeks in an attempt to prove the author was a National MP.

In the message, the author said they had leaked the expenses because they disagreed with Mr Bridges' leadership style, describing him as "arrogant", and wanted him to be held to account for his spending of taxpayers' money.

Mr Bridges was contacted last night but he declined to comment. He has repeatedly said he was confident the expenses' leak did not come from within the National Party.

Newshub first ran a story early last week that Mr Bridges had spent nearly $114,000 of taxpayers' money on transport and accommodation over the April to June period.

The information was released just days before it was due to be made public but prompted Mr Bridges to call for an inquiry to get to the bottom of whether Parliamentary Service, the Speaker's office or one of his own MPs had leaked the information.

RNZ understands Mr Bridges and Mr Mallard held meetings on Thursday 16 August about how to handle the text message but it hasn't resulted in the inquiry being stalled or scrapped.

Mr Mallard was contacted yesterday morning about the text message but he refused to comment. Soon after, he announced the appointment of Queen's Counsel Michael Heron to lead the inquiry.

The investigation's terms of reference are to be released in the first week of September when MPs return to Parliament.

RNZ was approached by a person with details of the text message this week.

They said they were speaking out as they were worried for the safety of the text's author and the potential impact of the investigation.

While Mr Bridges has maintained an inquiry is necessary to ensure information is safe within the parliamentary precinct, questions are being raised as to whether the real purpose is to protect Mr Bridges' leadership at whatever cost.

The source said they were concerned Mr Bridges and Mr Mallard were not taking the text message seriously because the inquiry was still pressing ahead.

Mr Mallard has the formal authority to put a halt to the inquiry but if Mr Bridges really wanted it stopped he could influence that decision.

RNZ has since verified the existence of the text and its contents with another source.

"I fully support him in that," she said.

"I think Simon will come out very strong and he'll deal with it decisively."