An inquiry has been launched to find out who leaked the National Party's expenses to the media this week. 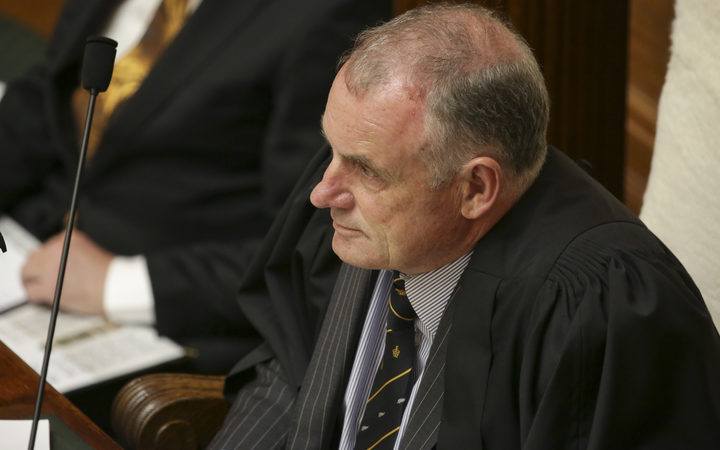 Parliament Speaker Trevor Mallard has launched an inquiry into the leak on the travel expenses of Simon Bridges. Photo: RNZ / Richard Tindiller

The expenses showed the party's leader, Simon Bridges, had spent nearly $114,000 on travel and accomodation between April and June.

Parliament's speaker, Trevor Mallard, said a Queen's Counsel would lead the inquiry with the help of an employment lawyer and also someone with forensic IT skills.

Yesterday Mr Bridges called on the speaker Trevor Mallard to hold an independent inquiry hoping it will prove his claim the leak did come from one of his MPs.

Mr Mallard said he spoke to Mr Bridges and they agreed there was an issue about the security of information, which could potentially be quite serious.

"As far as [MPs] are concerned there are matters of privilege and consent or a waiver will be necessary."

Mr Mallard said he would ask Mr Bridges to make sure all his MPs signed the waiver allowing access to their computers.

"I'm not putting a start date or a finish date on this inquiry - it might well be the fact that the level of expertise that is coming into it causes someome to put their hand up, because unless they have incredible expertise - they will be identified."

Asked whether all of the National MPs would sign the access waiver, shadow leader of the House Gerry Brownlee said "yes they will - we're pretty hot under the collar about it''.

If it turns out an MP has leaked the information - their identity will be made public, but if it is a Parliamentary Service staff member Mr Mallard said that would be an employment matter.