Opposition leader Simon Bridges is standing by his MPs, saying he doesn't believe one of them leaked his travel expenses to media. 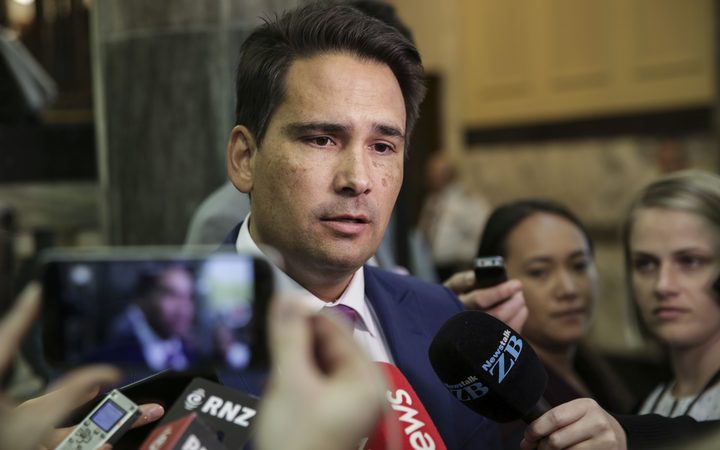 Mr Bridges is defending the roughly $84,000 he clocked up travelling around the country in a Crown limousine between April and June.

He said he might never get to the bottom of who leaked the information before it was due to be published but said it was not his caucus.

The National Party leader lives in Tauranga - previous Opposition leaders have lived in Wellington or Auckland - which has contributed to some of the cost.

Mr Bridges said getting out and about the country was a crucial part of the job and suggested the government would be wise to do more of it.

The latest update on MPs' expenses, leaked to Newshub, show Mr Bridges has spent $113,973 on travel and accommodation between April and June.

Asked whether it was a good use of money, Mr Bridges told RNZ it was.

"I've been working incredibly hard to get out and around New Zealand regionally, to understand what's happening, to get a real sense of what's going on with businesses," he said.

"It's really important for National - given that we represent... nearly half of New Zealanders all around the country - that I get out and do this hard mahi [work]."

"If the government got out of the Beehive bubble and did a bit more of this, they would have a better sense of what's driving the plummeting business confidence and also the economic downturn."

Mr Bridges said he did not know who leaked his expenses, which were due to be publicly released later this week, to the media.

The Speaker of the House receives information about MP expenses and the whips of each party also get given the information to pass on to MPs.

"It does seem pretty strange but I haven't turned my mind to any of those issues yet."

"Already I'm getting a sense that this is not from my party, that there's something different at play here. As I say though, I don't have perfect information on that. It may be over time we see what the truth is but it does seem pretty strange,'' Mr Bridges said.

Asked whether he could rule out his own MPs leaking it, Mr Bridges said, "the information I've had so far suggests that's not the case''.

She said Labour MPs didn't get access to the expense claims of the Opposition.

"We receive our own expenses, so we do get a list of our own but we do not have access to Simon Bridges'."

The Speaker Trevor Mallard would have received the expenses claims, but he was impartial and did not attend Labour caucus meetings, she said.