The spotlight has been firmly shone on the National Party caucus as the possible source of a leak about leader Simon Bridges' large travel bill. 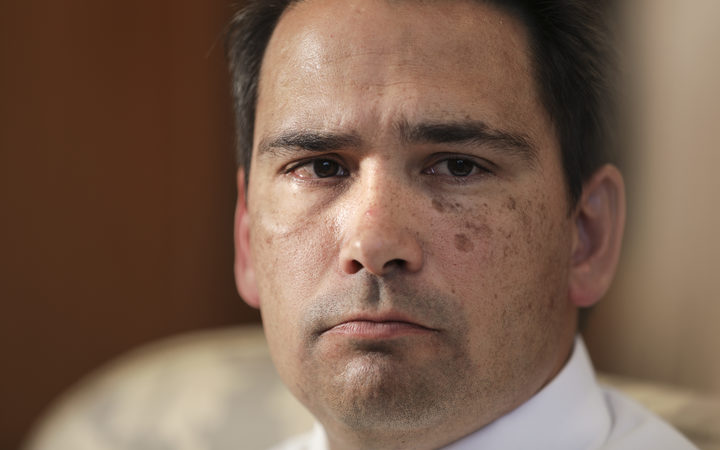 The latest update on MPs' expenses, leaked to Newshub, shows the National Party leader spent nearly $114,000 on travel and accommodation in April and June.

Parliamentary Service sent the information out to the Speaker's office and the National Party whips ahead of the public release on Thursday.

Details of MPs expenses are distributed to each party for them to consider before the public release.

They can see information about fellow caucus members, but not MPs from other parties.

Mr Bridges is confident none of his MPs leaked against him, but wants an inquiry independent of Parliament and the government.

"I don't think it's about me or the Opposition, it's ultimately about the fact that a leak such as this can potentially affect all members of Parliament."

All MPs, he said, had an obligation, a duty and "in fact a right to be free of these things".

The Speaker of the House, Trevor Mallard, said the format in which the document was leaked meant it could not have come from his office.

He is yet to decide whether a full investigation is needed.

Senior National MP Judith Collins said she would be "deeply surprised" if any member of her caucus deliberately leaked information about Mr Bridges' expenses.

Ms Collins agreed it should be investigated further.

"Whatever should be done, should be done. Because it's just not acceptable for an Opposition leader to be absolutely gazumped and sideswiped like this a week out from the reports being released."

Prime Minister Jacinda Ardern has said she asked Ministerial Services to clarify exactly who had access to the National Party's expenses, and it had been confirmed to her that only the National Party caucus did.

"We've had it confirmed that no-one in Labour ever actually had access to that information and it would be improper if we would have," she said.

"The only groups as I understand who will have had access will be the opposition themselves and the Speaker."

Ms Ardern said she has no need to seek assurances regarding any actions by Mr Mallard.

"He is impartial. He doesn't attend caucus. He presides as an officer of Parliament. It's a really serious allegation to suggest he could be involved in any way."

Mr Mallard denied being the source of the leak and was personally looking to ensure the information did not land in the hands of anybody it should not have.

For example, no government MP should have had access to National's details, as those are only distributed to each party caucus for them to look at prior to public release.

Mr Bridges has defended the amount spent, saying his roadshow was an important part of being opposition leader.

He said he was confident it was not anyone from within his own National caucus that leaked the information.

"The reality is, this was going to come out on Thursday, it's not that big of a deal."

'We are very united'

National MPs stopped by reporters on their way into the party's caucus meeting this morning were complimentary of their leader, saying they had no issue with the amount of taxpayer money spent on travel this quarter.

All denied being the leak, with one of the caucus whips, Tim van de Molen saying he did not pass on the information.

"Part of the process as a whip is to review it, we do that as a team, but those don't get sent on - from me anyway - anywhere else," he said.

National MP Mark Mitchell has full confidence it was not any of his colleagues.

"I've got no idea [who did] but I can assure you it would not be a member of the National caucus."

Nikki Kaye said this was a very serious issue, and there were questions that needed to be asked.

"People should be concerned at a security level, if this kind of information is being handed to journalists."

However, Ms Kaye was less definitive about whether the leak could have come from one of her colleagues.

"I can't be confident. I can just say that I don't think anyone has an interest. National is polling at 45 percent and I am really proud of the job that Simon Bridges is doing. We are very united."

She said everyone needed to deal with the facts and it was not helpful to cast aspersions.

"But as a Member of Parliament, I want answers. I want to know exactly what has occured here."