Former Prime Minister and National Party leader Bill English has given his valedictory speech in Parliament this afternoon. 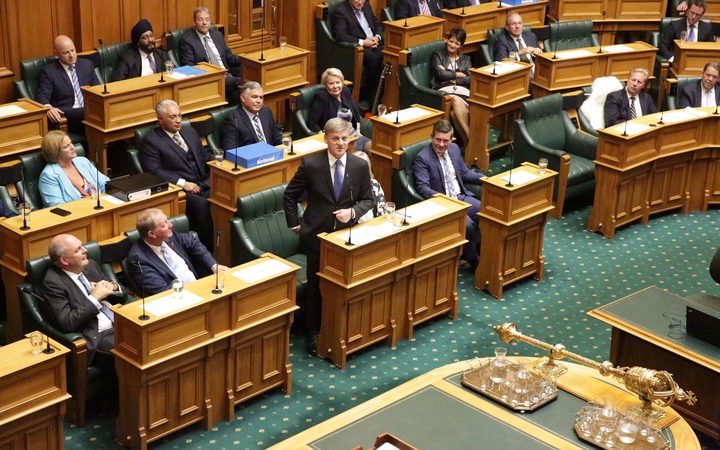 Mr English stood down last month after 27 years in Parliament, where he also served as Health and Finance Minster among other roles.

"The strongest feeling I have today in this last speech is gratitude, for the opportunities that I've had, for the many people I've served with," Mr English told the House.

"But most importantly, for the many moments of connection which I believe is the deepest privilege of public life."

Mr English said the Parliamentary Library had told him that he had spoken 1000 times in the House, and asked and answered questions on 2000 occasions.

His background as a Catholic and a rural person gave him an interesting perspective which he brought to politics, he said.

In a sometimes emotional, but often funny speech he talked about his family, including how he and wife Mary's parents have between them raised 25 children - with his children having 66 cousins so far.

"I want to thank [my family] for their constant support, when I know there must have been times ... when they weren't quite so happy.

"But it is our togetherness that matters, and the great gift of me leaving politics will be that we can re-craft [the] sense of togetherness." 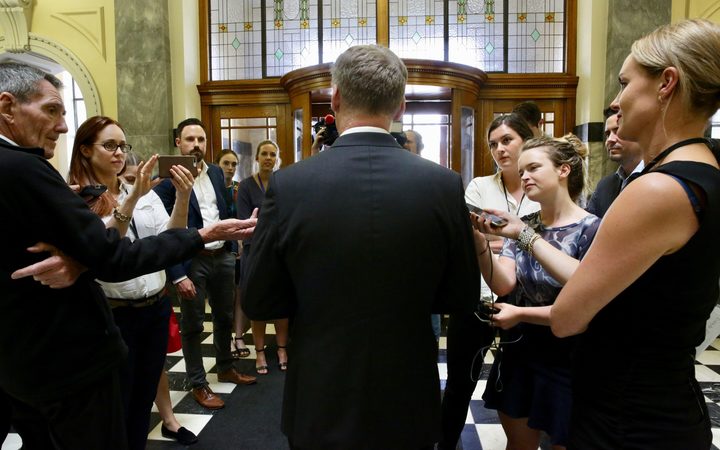 He praised his hometown of Dipton, saying he never tired of representing it, and admired the "laconic determination" of the people and how the place was such a productive part of New Zealand.

He thanked his electorate volunteers - calling them the beating heart of the party - as well as his staff, and public servants.

"The best way to get the best decisions is to be open to anyone telling you what they think."

He also paid tribute to his 'brat pack' colleagues who he entered parliament with, and despite having opposing views on many things their friendship - including an annual family holiday with Nick Smith - endured.

He said the party's new leader Simon Bridges had his full support.

Talking about the government under former Prime Minister John Key, he said it was "a pleasure to go to work everyday ... he was almost as good as he says he was some days".

He said Sir John's optimism had the effect of raising the country's confidence.

"The world as it was, was pretty messy. I can also acknowledge the efforts of Gerry Brownlee throughout the Christchurch rebuild."

He said when he looked at events around the world: "I'm of the view that New Zealand's ability to deal with cultural difference will become an advantage." 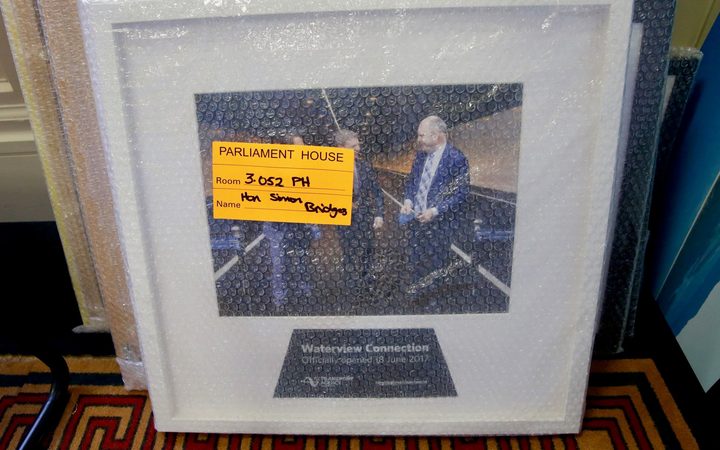 A photo of Bill English at the opening of Auckland's Waterview Connection. Photo: RNZ / Richard Tindiller

In closing, he quoted from the James K Baxter poem 'New Zealand'.

"These unshaped islands on the sawyer's bench wait for the chisel of the mind."

"I'm satisfied that every day I took my turn at the chisel."