Analysis - So farewell then, Bill English. You say one of your proudest accomplishments was that social investment thing and there you go, her feet are under the desk five minutes and into the bin goes your life's work. 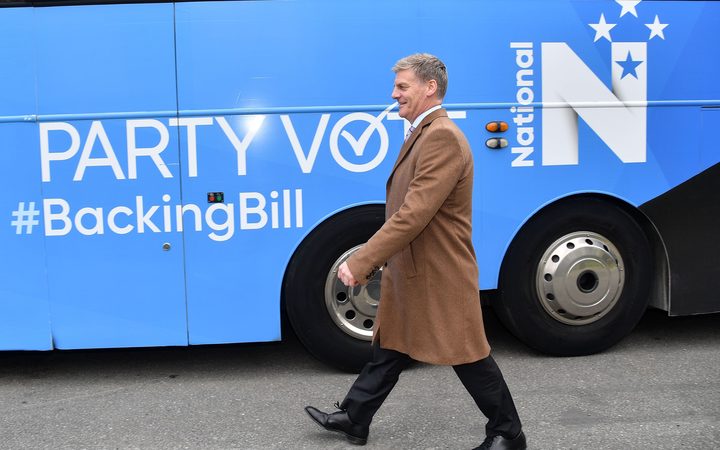 Bill English on the campaign trail in 2017. Photo: AFP

Politics, eh. Do you build enduring legacies, or just sandcastles?

How will we remember Bill? He's proud of how he carried New Zealand through the GFC, and that seems a fair enough proposition if you stand us alongside say the UK and the awful austerity agonies it went through.

It's just a pity he didn't seem to notice or worry enough about the snowballing housing crisis. It had its beginnings in the previous administration, but a little like the genius of compound interest, the longer you do nothing, the bigger it gets.

We have an enormous problem to unwind caused by ordinary houses costing ten and twelve and fifteen times the value of a year's pay in an ordinary job, and so much harm flows from that, it's hard to feel he deserves more than polite country rugby club applause.

A decent chunk of the voting public, will tell you that he, and the National party - the two tend to be used interchangeably - was a highly capable manager and the only ones capable of doing it right, which is quite generous praise for a strategy that rested largely on enjoying immigration gains without paying for them.

Meanwhile, the mistakes made in the earthquake rebuild, the cash-starved hospitals, and the unwavering faith in the private sector to do a better job than the idiot public sector, leave you wondering if we'd had just about as much astute financial management as we could take.

But 27 years he's been there! 27 years. Like parenthood, it both seems to go so slowly you might as well be tunneling to Australia with a teaspoon, and at the same time it feels like only yesterday he was lining up alongside Ruth Richardson's shoulder pads, lining up to take a pummeling in the boxing ring, lining up to take a pummeling in an election shielded against the prospect of ignominious defeat by nothing more than Michelle Boag.

He was never a mother-of-all-budgets kind of guy, more stolid, more careful, more measured, not so wildly adventurous.

"He's likeable, Bill", people would say. Most everyone would say it: likeable. I said it. I met him a couple of times, and I liked him. I liked the amused look in his expression. It was only in hindsight that I recalled where else I had seen that expression. If you grow up around farming folk, you see it often. They're courteous, open, warm. They have an amused grin, and they let you do most of the talking. If you don't ever hear them talking amongst like-minded friends, you'll have no idea that they think you're a complete drongo.