Simon Bridges says he hopes Māori can be proud the National Party has elected their first Māori leader.

Mr Bridges was elected after 56 National MPs conducted a secret ballot this morning, with Paula Bennett confirmed to continue as deputy.

There were two ballots and Mr Bridges won on the second.

He is replacing Bill English, who will deliver his valedictory speech on Thursday.

The Tauranga MP, who is Ngāti Maniapoto, defeated Amy Adams, Judith Collins, Steven Joyce and Mark Mitchell for the position, which will make him the first Māori leader of the party. 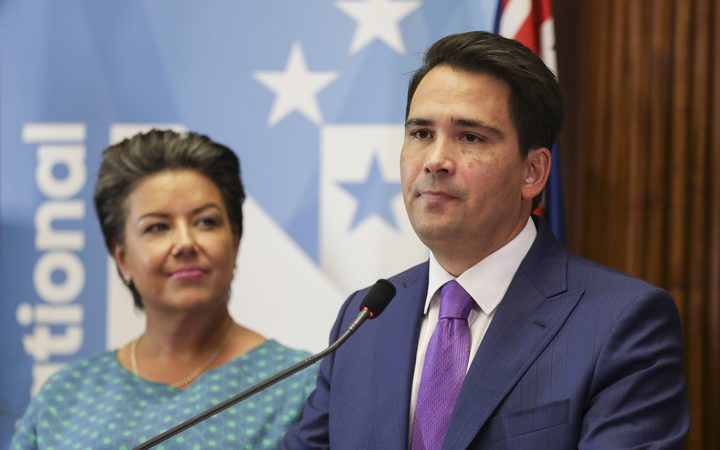 "I hope Māori who have traditionally been with New Zealand First at times, with Labour, will give us a second look, will think about us and what we mean and the opportunities that we present for Māori."

He would be reshuffling his team over the next fortnight, and he also planned to set out his priorities as party leader. He said the caucus was not fractured, and the process of picking the leadership had been respectful and friendly.

He thanked Mr English, and said the party was "truly" blessed to have such good candidates.

He was incredibly fortunate to inherit a party in such good shape and acknowledged Ms Bennet as his deputy, he said, calling her his fellow Westie and Māori. He confirmed that she had faced a challenger for the deputy position, but would not say who it was.

Mr Bridges said his party would do three things: hold the opposition to account, be an alternative government in waiting, and develop the team of MPs. He said there would be a reshuffle in coming weeks.

In a statement, Mr Bridges said taking on the new role was an "enormous privilege".

"I want to thank my colleagues for giving me the opportunity to lead a strong, united and focused Opposition with the ideas and talent to continue to take New Zealand forward.

"I would like to commend Amy, Steven, Judith and Mark for putting themselves forward, and our colleagues for the constructive way we have handled this important decision. That gives me great confidence.

"I would also like to thank Bill English for his tremendous service. Under Bill's leadership New Zealand has become a better place and we are grateful for all he has done."

I'm honoured to be elected as @NZNationalParty Leader today - it's an enormous privilege. My focus will be on presenting an ambitious and strong alternative Government heading into 2020. https://t.co/IHUNNviae1

He said he was delighted that Mrs Bennett would continue as deputy.

"Paula brings great experience and ability to draw people together and I know she will continue to do an excellent job.

Mr Bridges said National was the underdog heading into the 2020 election.