Steven Joyce has confirmed he is in the mix to be the next National Party leader. 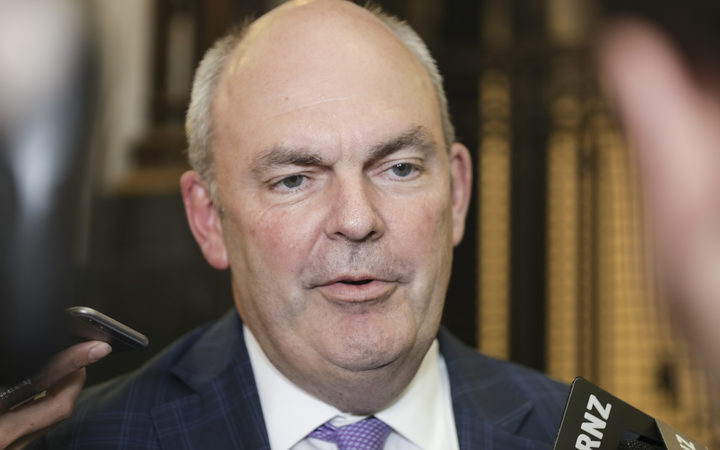 Mr Joyce told Morning Report he waited a week to give the leadership serious thought and hear what people had to say.

"I've actually had a huge amount of people inside and outside the caucus come to me and say 'you should stand'.

"And I reflected on it and thought, 'why would I do that', and the answer is my passion for this county - that drives everything else."

Along with Mr Mitchell, Mr Joyce joins Judith Collins, Simon Bridges and Amy Adams, who put their names in the hat last week.

Mr Joyce has described his brand as "someone with a lot of experience" and who was "able to get things done".

He was National's campaign manager and a Finance Minster in the previous government.

"I think if you look over my ministerial career I've probably had the opportunity to achieve more things than many people have," Mr Joyce said.

"I know the potential this country has and I'm excited about it, and I think I know the recipe that will help get us there, largely because of the experience we've had in the last few years."

Other MPs considered as potential contenders - Paula Bennett, Jonathan Coleman and Nikki Kaye - have all made clear they are not putting themselves forward.

Mark Mitchell says he doesn't yet have the numbers

Yesterday, Mr Mitchell told Checkpoint with John Campbell he strongly "believes in what National stands for".

Mr Mitchell told Morning Report today he does not have the numbers in caucus to clinch the leadership, but said he has strong support and believed he could win.

He said had extensive leadership experience in the public service, police and in private security overseas.

Whoever won the leadership race would be supported by the other contenders, Mr Mitchell said.