Power Play - The new leader of the National Party will be chosen today, when the 56 MPs will lock themselves into a room and conduct a secret ballot. 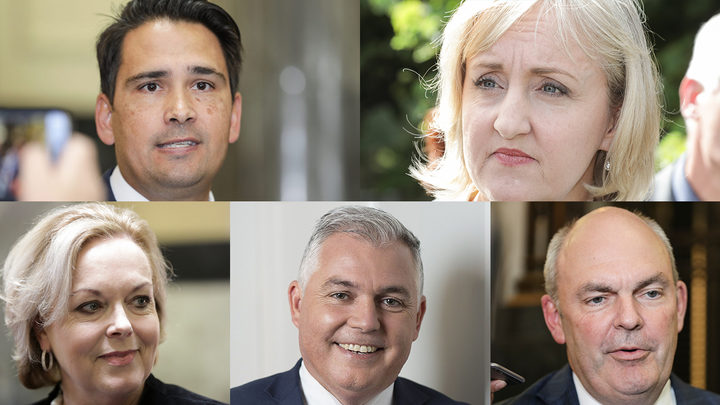 Whoever is chosen will replace Bill English, who will deliver his valedictory speech on Thursday and then leave Parliament for good.

There are five contenders but the real race is between Simon Bridges and Amy Adams, with the race too close to call.

After two weeks of intense lobbying the caucus will come together this morning and hear a five minute speech from each of the candidates. There is a small group of MPs whose votes have not been nailed down by either Simon Bridges or Amy Adams, and their minds could be up by the quality of the individual pitches, on the floor of the caucus room.

Their votes could be enough to swing the contest, as the numbers between the two are believed to be extremely close.

There will then be a progressive vote unless one candidate reaches the magic number of 29 in the first round, in which case they will be declared the new leader. However, the vote is more likely to go into further rounds, with the lowest polling candidate dropping off at each round.

This is because the votes of those supporting Steven Joyce or Mark Mitchell could then swing in behind one of the front runners as a bloc, and get them over the line in a second or third round.

Then there will be a vote for the deputy; only Paula Bennett has publicly declared her interest but that position will come into play once the new leader has been selected.

If unsuccessful, neither Amy Adams nor Bridges is likely to want to be deputy, but that by no means applies to the other contenders, whose role in the race may have been as much about positioning themselves for senior or influential positions under the new leadership, as any real hope of securing the top job.