The reaction to Bill English's resignation in his home town of Dipton has ranged from shock to acceptance that it was time for him to move on. 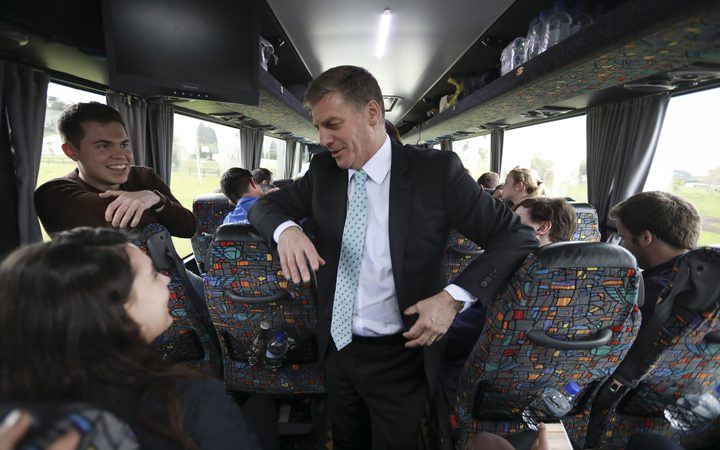 The departing National Party leader represented the people in this part of Southland for 24 years before moving on to the party's list in 2014.

Sandra Prebble and her family run a sheep farm near Dipton and have been friends with the English family for a long time.

"My husband and Bill go back a bit further, they were in the young farmers club together, different clubs and debated against each other at some point in the past.

"I didn't meet Mary for another couple of years when we had our first child and I met her in the maternity home. Our daughters are obviously the same age."

She was shocked when she heard he was leaving politics altogether.

"Because he's had a really clear vision of what he's wanted to achieve. He picked up the mantle after his defeat after the election and he was obviously pretty gutted but he wasn't finished and so I was quite surprised to hear that."

"I think it was everything, everything. He wasn't there ever for the money. I think if you'd halved his salary he still would have been there. It was always about what he could do for New Zealand."

People in the region were proud that one of their own had made such an impact on the national stage, but this pride was felt in an understated Southland kind of way, she said.

The owner of the local motor mechanics, Gail Jukes, said Mr English was a great supporter of the community and even came to her to get his car serviced.

She was still upset about the way the election panned out and thought he should still be prime minister.

"Well, I can't really tell you the truth on that matter. It's not printable, sayable or repeatable. I think it was totally shit the way it turned out. I don't agree with this MMP thing, I think it's wrong."

Another sheep farmer, Peter McDonald, remembered when his father nominated Mr English to take over as National's candidate for what was then the electorate of Wallace.

Mr English would be remembered as a true political survivor, he said.

"Everybody talks about 2002, it was a pretty big loss wasn't it and to his credit he took that on the chin and reinvented himself back into politics where most politicians wouldn't have been able to process that or handle that and would have bowed out and done something else."

But he was also philosophical about Mr English's decision to move on.

"In many ways the country's moved on from the policies of the National Party and they'll come in with some new ideas and try to reinvent themselves to the electorate and I think that's what they've got to do. The challenge for them is to have something as seamless as possible."

Mr English had made a significant contribution to the life of the nation and he believed he would continue to do so in his next career, whatever that might be, Mr McDonald said.