Members of the Indian and Chinese communities met with the government this afternoon to demand action on crime. 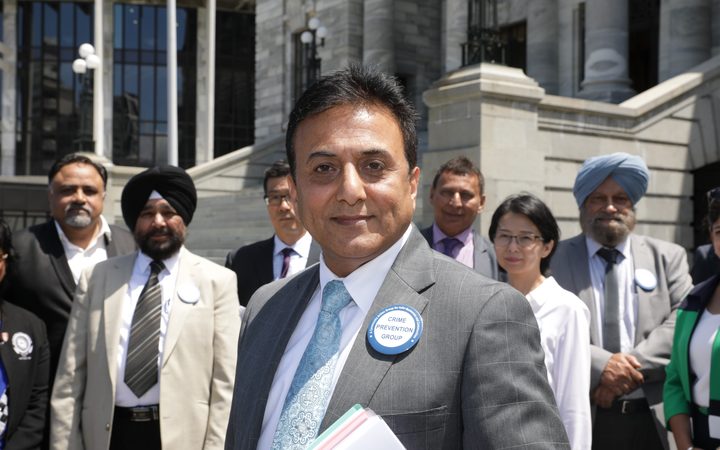 Sunny Kaushal with members of the Indian and Chinese community at Parliament. Photo: RNZ / Rebekah Parsons-King

"Especially on the hard working shop owners and the workers, it's going totally out of control. The communities are fed up."

Mr Kaushal said the delegation would meet with the Ministers of Police, Small Business, Ethnic Affairs, and Justice.

"It's quite a high-powered ministerial delegation ... we are going to present an eight point memorandum." 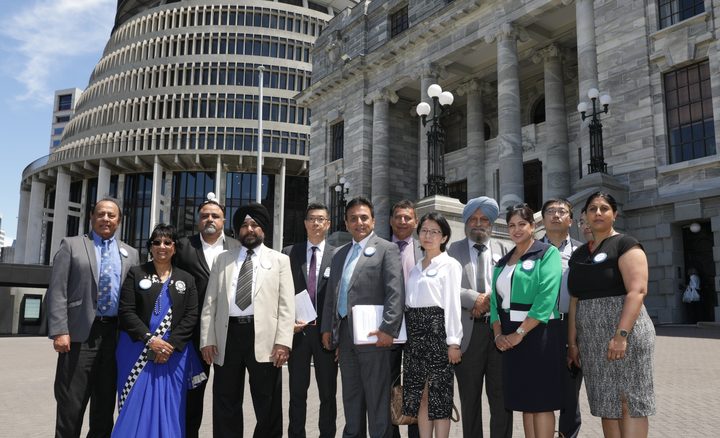