Three young men have been jailed for the violent robbery of a supermarket in Mangere. 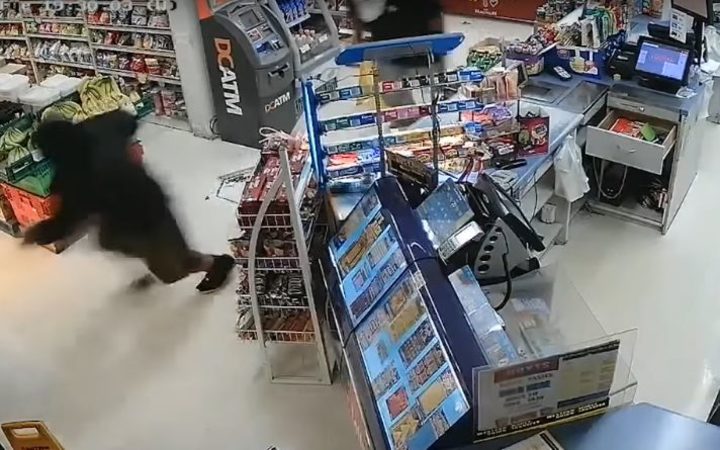 The robbery at Kingsford Supermarket in Mangere was captured on CCTV footage. Photo: Supplied / NZ Police

The men had taken a machete and a crowbar into the Kingsford Supermarket in Mangere in May and injured a worker by punching and kicking him.

In the Manukau District Court this morning, Daniel Seiuli, 17, was sentenced to two years and six months. Sam Teofilo, 18, and his brother Logo Teofilo, 20, were jailed for two years and nine months.

Judge Moala told the men their sentences had been reduced from six years because of the remorse they had shown and the support they had from big loving families.

But she said it could not be reduced further because the crime they had taken part in was so violent.

The courtroom was packed with members of the men's families.

Seiuli's mother made an emotional address to the court, saying her son was a good boy who had made a stupid mistake.

The judge described having to sentence the three young men as another terrible day in the court.

She said it was the sort of crime she saw all too often.

A 15-year-old who also took part in the raid has been dealt with by the Youth Court.