Police are investigating two separate armed robberies over the weekend, one in Auckland and one in Nelson. 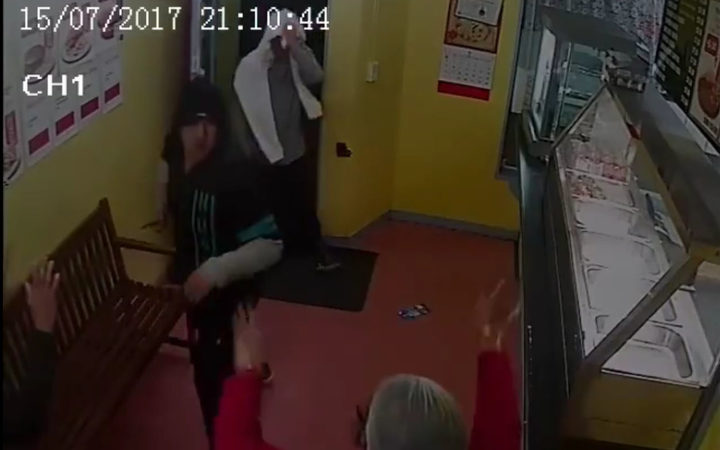 CCTV footage of a robbery at a shop on Sunnyside Road, Sunnyvale. Photo: Facebook / Waitemata Police

In Waitemata, two men entered the shop on Sunnyside Road in the suburb of Sunnyvale 8pm on Saturday.

One of the robbers held a knife to the shop owner's throat while the other stole the cash register.

Detective Sergeant Kelly Farrant said the owner's two young children were in the store and saw everything.

She said police as well as members of the public chased the offenders but could not find them.

Waitemata Police asked anyone who could help identify those involved to get in touch.

In a separate incident, police said robbers threatened a dairy worker in Nelson with a firearm before escaping with cash and cigarettes.

Police said they took money and cigarettes, and left in a white Audi Q7, in which another two people were waiting.

The Audi was reported stolen two days earlier - its number plate had been replaced with the registration number KCF 800.

It was found abandoned in Moncrieff Avenue, on Nelson's Port Hills.