The new government says the plan to ban foreigners from being able to buy existing houses in New Zealand has to happen now, before the TPP is signed off. 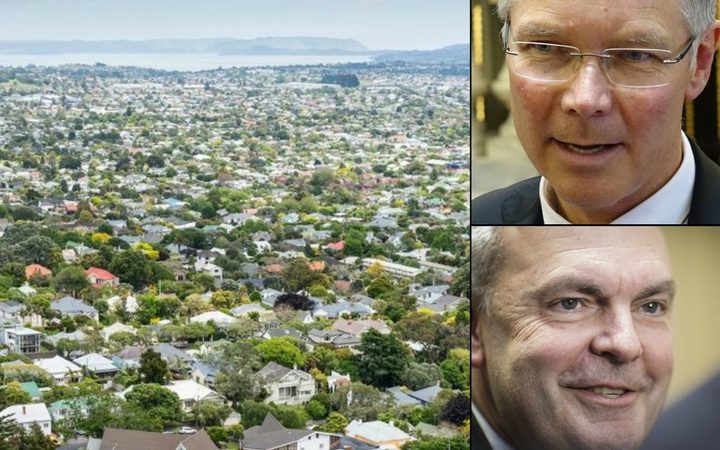 It stops non-residents and non-citizens from being able to purchase existing houses, although they can still buy land to build on. Australians would be exempt.

Ms Ardern told media at her first post-cabinet news conference yesterday that both New Zealand First and the Greens backed the law change.

The plan to ban foreigners from buying existing home in New Zealand has been dismissed by real estate agents as unlikely to change much.

Trade Minister David Parker told Morning Report today that the new government did not expect the move to have a huge impact on the current housing market.

He said the issue was more of a problem two years ago when a housing price bubble around the world saw a large flow of capital into the NZ market, but the foreign buyer ban had to happen now.

"If you don't do it now, you can never do it. Because if TPP is entered into, New Zealand will have lost the policy space to protect the New Zealand housing market for New Zealanders."

Mr Parker admitted Labour did not have "perfect evidence" that foreign investors were a significant part of rising house prices in New Zealand in recent years, but said this was because the previous government had refused to carry out any research on the issue.

But he said foreign buyers did drive up prices at certain times and the government would act quickly to ensure that did not happen in the future.

Mr Parker said the ban was likely to be enforced through a residency or citizenship certificate attached to a transfer document when a house sale was processed through the land registry office.

"It looks like one of those ideas that looks like it might be able to work, but is actually too clever and too rigged into a system that it wasn't designed for. And then there is the bureaucratic cost and all that sort of thing, which they haven't talked about yet."

Act party leader David Seymour agreed, saying it was an unfortunate distraction from the key issue, which was increasing the supply of housing.

He said similar schemes have failed in places like Vancouver and it sent a message that New Zealand did not welcome investment from offshore.

"What most people want from a global economy is the ability to sell to the people who give them top dollar. I think it's wrong to restrict that, but in any case it's futile."