Winston Peters has revealed one of New Zealand First's priorities for coalition talks is the future of forestry, and timber supplies for local mills. 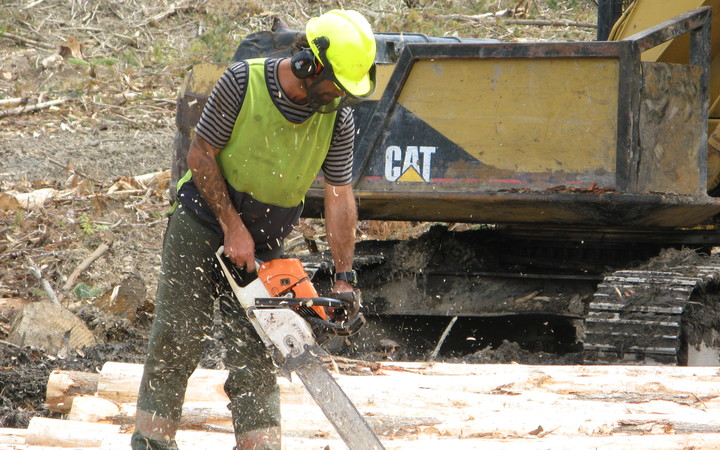 Mr Peters has previously championed Northland wood processors, who say they are being pushed out of the market by overseas forest owners and buyers.

The new government must act to safeguard wood supply to New Zealand mills by creating a Forest Service, a long-term plan, new state forests and possibly a local quota system like Canada's, he said.

"Without talking about coalition talks before they even start, the reality is you'd find it very hard to find anyone to dispute the common sense and logic of such a strategy," he said.

Labour had adopted part of New Zealand First's forestry policy in the lead-up to the election, which was possibly flattering but also irritating, Mr Peters said.

In the past, successive governments had strategies in place to ensure a continuity of supply to local industry, and support local jobs, he said.

"But that's been overturned in the last three decades by the entrance of massive private and off-shore ownership interests."

Eight of the top ten forestry companies in New Zealand were now under foreign control, he said.

Overseas companies were buying entire forests before maturity and forecasts showed the log supply to local mills would be slashed by up to 40 percent within six years, Mr Hansen said.

"Unless we make some changes we're going to have a lot of plants, a lot of communities and a lot of jobs lost," he said.

"As we move through the decade the wood's just not going to be there for us and unless we get some political intervention and change, I think Northland's going to suffer hugely."

In recent years, mills had divested rather than invested in the industry because they no longer had any security of wood supply, Mr Hansen said.

Asked to repsond to Mr Peters' comments, National issued a statement saying coalition negotiations would not be carried out in the media.