The outcome of yesterday's election is still not certain, with the balance of power now resting in the hands of New Zealand First and Winston Peters. 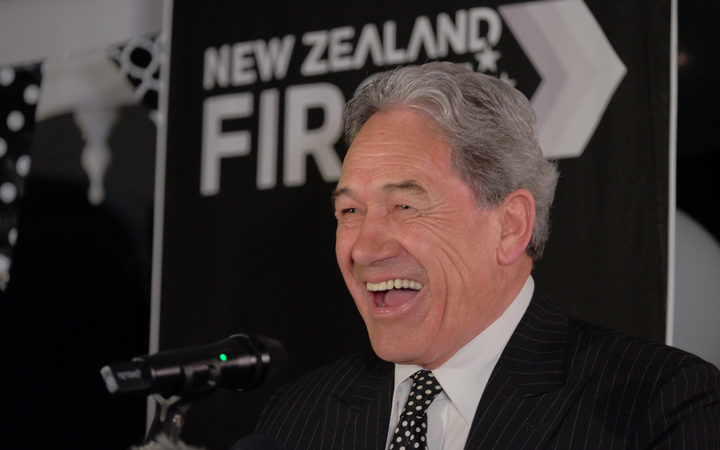 National is well ahead of Labour, but neither has the numbers to form a government on the provisional result. There are about 380,000 special votes still to be counted.

On last night's results, National has 46 percent support and Labour just under 36 percent.

That would give National 58 seats in Parliament, and it could count on one seat from Act - two seats fewer than needed to form an outright majority.

Labour would have 45 seats and the Greens seven - totalling 52 seats between them.

New Zealand First would have nine seats. Its leader, Winston Peters, said any decision about a potential support arrangement would be made in the national interest and could take some time.

"I will not be giving any answers tonight or tomorrow until I've had a full chance to talk to our full board of New Zealand First, our supporters and organisations around the country and our MPs."

But he said a decision would be made either way by writ day - 12 October, in three weeks' time.

"The voters have spoken, and now we have the responsibility of working to give New Zealand strong and stable government."

"Just short of half of all New Zealanders voted National and ten percent more than our nearest rivals.

"So many New Zealanders supported us ... because through this campaign, we had the opportunity to share our challenging ideas about how to solve New Zealand's most pressing problems."

Despite the celebratory tone, Mr English acknowledged that National did not have the numbers to govern alone.

"The voters of New Zealand have given New Zealand First a role in forming the next government.

"In the next few days we will begin discussions with New Zealand First, finding common ground, and most importantly, taking on the responsibility of forming the kind of government that will enable New Zealand to get on with its success and that is a strong and stable government for all New Zealanders."

National's campaign regained momentum in the final two weeks of the campaign, after earlier being overtaken in opinion polls by a newly-resurgent Labour Party. Paula Bennett, National's deputy leader, said she noticed the mood changing in the middle of last week.

"And felt that perhaps we'd heard them during this campaign on some of those areas that they'd like us to go further and stronger on."

Labour leader Jacinda Ardern acknowledged that National had won the biggest share of the vote, but refused to concede the election.

"Bill English and National have taken the largest number of votes. I've called Bill and acknowledged that and the campaign and work that he's put in.

"But the final outcome of tonight's election won't be decided by us, it will be decided by MMP and sometimes MMP leaves us with an outcome that requires a little bit of extra work. I simply can not predict at this point what decisions other leaders will make."

She was willing to work with anyone who shared Labour's values, she said.

The Greens, who at one point had looked in danger of missing the five percent threshold required to return to Parliament, were happy to have made six percent - with special votes still to be counted.

James Shaw acknowledged how hard the campaign had been, and congratulated his team on getting over the line.

He called on Winston Peters to work with the Greens to change the government.

"The three opposition parties command the majority of votes... New Zealanders have voted for change," he said.

"Tonight my message is for the Right Honourable Winston Peters: we do have some things in common. We have both, along with the Labour Party, committed to a net zero carbon economy by the year 2050. We've both committed to a significant investment in renewing the country's rail network and revitalising our forestry and our regional economies.

"And we have both campaigned hard against the low-productivity, low-wage New Zealand economy that this government has presided over.

"I know that our parties don't agree on everything but now is the time to put those differences aside and to work together to create the government of change that New Zealanders want, in the national interest."

Meanwhile, the Māori Party is out of Parliament, with co-leader Te Ururoa Flavell losing its sole seat, Waiariki. Howie Tamati, who was standing in Te Tai Hauāuru, lost to Labour's Adrian Rurawhe, giving Labour a clean sweep of all seven Māori electorate seats.

Roughly 250 Māori Party members had gathered at Waiteti Marae in Rotorua to watch the election coverage and were shell-shocked by the results.

One supporter, Tim Warrell, said he knew the party would struggle, but was shocked and disappointed by the Waiariki race.

"It's sad to see the bulk of our people are not connected to tino rangatiratanga, to self-belief... to being in government no matter who the major party is."

He believed the Māori Party had been been punished for its association with the National Party, he said.

Mr Harawira said the mood of the Māori electorates had swung in behind Labour.

He said that will mean there are no independent Māori voices in Parliament.

"That's a scary thought ... and I think the people themselves, Māori people, are going to realise when they wake up [on Sunday] that not only do they not have any Māori voice in Parliament, all of the people that they've just elected, sounds like they're going to be in opposition, and if that's the case what a bloody waste of time that was to vote them."

The Opportunities Party (TOP) fell short of the five percent threshold, winning just 2.2 percent of the vote. However, despite only forming late last year, the party still won 48,018 party votes - 37,000 more than Act.

However, Act retained the Epsom electorate, allowing it to squeak back into Parliament with a single seat again.

TOP founder and leader Gareth Morgan said he was proud of his party's focus on policy, and encouraged the Greens to work with National.

"I want them to do what we would have done if we had been above five [percent], and say to National, who are going to be the government, it's very obvious, 'We will work with you, we need to work on the environment, no matter who the government is.'"

A million advance votes have been counted as part of the overall total and the results there are slightly better for the centre-left than in the overall outcome.

More people than ever before cast their vote early this election.

The final election result will not be known until 7 October, when special votes have been counted.

The Electoral Commission estimates about 384,000, or 15 percent, of votes are special declaration votes and are still to be counted.