The forestry industry is facing a frightening amount of work in the next few years, as it struggles to attract staff, a forestry management company says. 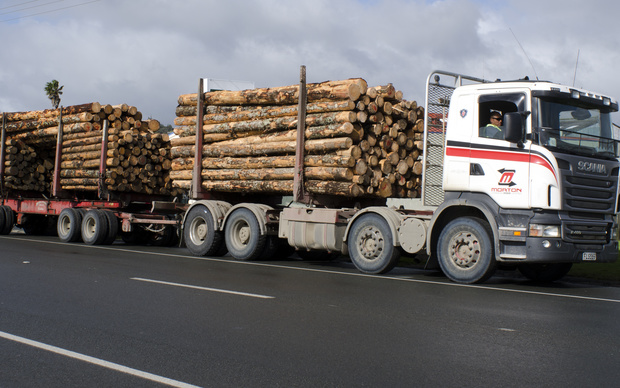 Tree trunks on a logging truck in Kaitaia. Photo: 123RF

PF Olsen business development manager Scott Downs said the shortage was the biggest challenge faced by the industry and unlikely to improve in the near future.

The amount of forest available for harvest is rapidly increasing as the surge of plantings in the 1990s are now maturing. The volume harvested could potentially rise by 15 million tonnes to just under 40 million a year by 2023.

That was going to be a major problem, Mr Downs said.

"It is almost scary how much wood is coming on in New Zealand. All this wood [planted in the 1990s] is maturing now and the fact is we won't be able to harvest all that wood or cart all that wood."

The industry often suffered from a sometimes unearned reputation that workers struggled for good pay and good conditions, he said.

"But we're certainly seeing some very good pay rates for people in the industry and we're not very good at getting that message out to the community."

Meanwhile, a shortage of logging truck drivers was also playing a part in the industry's challenge.

Simon Reid, who owns S J Reid and nine trucks, is based at Maungatapere on the outskirts of Whangarei.

Attracting drivers was a huge problem because of the anti-social hours, he said.

He believed truck driving needed to be put on the government's critical shortage list, but was doubtful that would happen.

"The government isn't interested in helping us. They don't see it as being a critical problem in the bigger picture of the economy.

"Everything you see in a shop is actually freight and it relies on a truck to get it to the point where it then becomes a retail item," he said.

"The government doesn't seem to care about that, no one really cares."