Māori Party co-leader Marama Fox has claimed the top ranking in the Māori Party list ahead of Te Ururoa Flavell, who is in second spot. 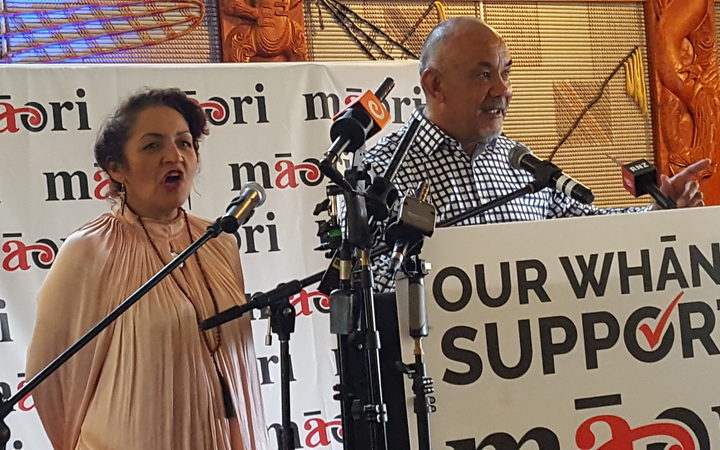 Party president Tukuroirangi Morgan said Ms Fox had led the party as a strong woman this past term.

"Every day for the past three years Marama has led, walked, talked and breathed the strong independent Māori voice that is the Māori Party," he said.

"She has made sure that the government and the nation doesn't forget, and are constantly reminded, about the plight of our Māori people and why they need to take kaupapa Māori solutions more seriously."

Te Ururoa Flavell, the other co-leader, who is standing in Waiariki, was the 'backbone" of the party, Mr Morgan said.

"He has been doing the business for us behind the scenes and at the table, securing hundreds of millions of dollars for kaupapa Māori and putting up the arguments for us with the relevant ministers when we disagree with them.

"The public doesn't see that but we do."

Rahui Papa, the party's Hauraki-Waikato candidate, is at number three.

Mr Flavell said Ms Fox was a "mana wahine" and there was no one more deserving of the top place.