Candidates in the Auckland electorate of Tāmaki Makaurau are getting a clear message from voters on what matters to them. 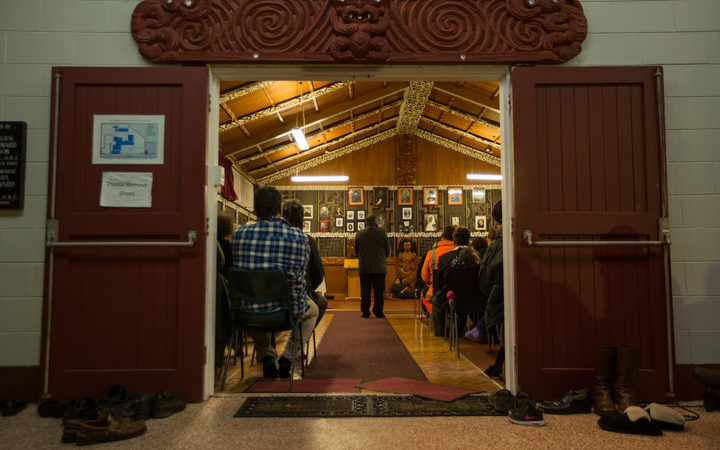 Te Puea Marae, in Mangere, made headlines this year and last year when it opened its doors to families without homes to go to. Photo: RNZ / Claire Eastham-Farrelly

The incumbent MP, Labour's Peeni Henare, is in a tight battle to fend off a challenge from the Māori Party's Shane Taurima, and the Green Party's Marama Davidson.

The Tāmaki Makaurau electorate includes urban central Auckland, stretches to the west coast and down into south Auckland.

Mr Henare said there was no doubt his profile, and the party's, has been lifted with its new leaders - especially with the deputy leader and his former teacher Kelvin Davis.

"The mood has really shifted where those long-time Labour supporters have come back and come back with gusto, not just 'oh yeah I'm going to vote Labour cause I always have' but 'this is something I can believe in'."

However, he said the key to winning the seat would be to address the problems at the forefront of people's minds - housing, homelessness and poverty.

"Communities like Manurewa, Māngere ... they've got the answers already, in fact they're doing great work on the ground.

"Our job is to support them and make sure the strong arm and mechanisms of government aren't a burden to them getting the mahi done."

At a south Auckland mall, Hikitea, who asked not to give her full name, is confronted by the challenges her community faces every day.

After rent, she has only $120 for her and her five children to survive on. She goes to the food bank three times a week.

Despite that, every night she opens her garage and invites in the homeless in her neighbourhood.

"I just can't turn them away," she said.

"So, [the] majority of the homeless here know that they can come up to my garage, to my address, and they know there's a blanket and a bed."

She has been in trouble with police for inviting people in, but she said she couldn't help it.

Another candidate vying for her vote and those of others in the electorate is Shane Taurima. He previously had ties to the Labour Party, though that ended before the last election, and he's now with the Māori Party.

As a former TVNZ broadcaster Mr Taurima is a familiar face, which he said helped his profile, but one of the problems he faces is the idea the Māori Party is shackled to the National Party.

"So it's not until you sit down with our whānau, tell them the facts, the truth, they realise the Māori Party is actually doing good stuff."

A little down the road in south Auckland, Green Party list MP and candidate Marama Davidson has been out and about meeting beneficiaries.

One of them is Brenda, a mother of seven.

She's impressed with the Green Party policy to raise all benefits by 20 percent, and said it was important the party's former co-leader Metiria Turei had spoken out about her struggles.

"It made me feel she's real, just like me.

"We've tried to survive. We've struggled but we've survived. And I feel nothing but aroha for [Mrs Turei]."

Ms Davidson said a lot of people she met were disengaged with the political system and didn't vote.

"They don't even realise there's an election on.

The Labour, Green and Māori parties all have key policies to alleviate poverty - so the candidates will be hoping to leverage off that, engage with voters, and win the seat come 23 September.