Opinion - I have no doubt that in the political vernacular, 10 or 20 years from now, it will simply be stated, 'Only weeks before the 2017 general election, Metiria Turei was forced to resign over allegations of fraud.' The same way everyone knows Rob Muldoon was pissed as a chook when he called the 1984 snap election, or George W Bush won because of Ralph Nader, or Julia Gillard was the greatest feminist Australia ever produced. We know these to be true, and do not need to dig any further, and never question what wider assumptions or prejudices they betray.

I will remember it differently. 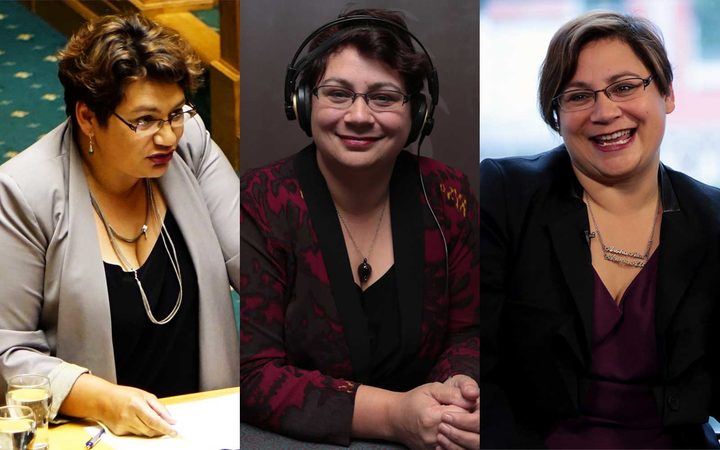 I will remember that for 30 years, no one really challenged the brutal reality of life for the poor in New Zealand. We lamented child poverty rates. We railed against increasingly draconian policies and re-brandings. But there was a gentlemen's agreement that things weren't that bad, the system did what it could, it was just so complicated, we can't simply give people money, they've got rights but they have responsibilities too.

I will remember that as soon as someone - a Māori woman who survived poverty and didn't forget where she came from - said 'This is fundamentally wrong, and we must do better,' she was finished.

I will remember that this was never about electoral fraud or a politician's integrity coming under close scrutiny in a brutal and personal way, though people clung to that straw, who knew they'd never win a moral argument about whether a young woman could be forgiven a lie made to feed her child and make a better life for herself.

I will remember that Bill English and John Key committed essentially the same misdeeds - one lying about his living situation to gain money, one voting in a different electorate from where he lived - but because neither were 23-year-old solo mums, that made it okay for each to serve in turn as our Prime Minister.

I will remember those on the left who celebrated I Daniel Blake's brutal critique of a draconian welfare system, so swift to attack Turei for 'condoning lawbreaking' or to draw knife-sharp lines between real human rights issues, which justify civil disobedience, and unworthy ones, like feeding and housing your child.

I will remember the hounding by some journalists, making a story of their coverage of the story. How this crystallised the latest political reporting fad: holding a microphone in someone's face asking the same question 30 times until they slip or snap, and making that the headline. Tune in at 6pm to see me bully a lady into revealing she's not a robot!

I will remember people skiting on social media and fronting television broadcasts declaring it was their investigation, their dogged pursuit of the sex life of a 23-year-old, that got the scalp of a once-destined deputy prime minister - a very unfortunately loaded phrase.

I will remember how it became about whether she could really be hungry if she were fat, or really be poor if she were smiling in photos, about anonymous sources crawling out of the woodwork to declare, horror of horrors, that her family might have been supporting her more than was strictly allowed by a system that treats whānau as a mere accumulation of economic units.

I will remember that it was never about any of these 'facts'; it was about sending a clear message that she would never be allowed to move past this, never be allowed to live in peace, and that her child and her family were fair game. The same message everyone who's suffered and dares to challenge their oppression receives.

And I will remember the outpouring of aroha and support and passion Metiria Turei inspired. So many people saying that she'd inspired them or their rangatahi, including beneficiaries, to give a damn about this election. So many who finally saw someone in politics who looked and sounded like them, or like they gave a damn.

I hope, too, I will remember that this didn't end with Metiria Turei's resignation. That the Greens continued to carve out a truly progressive space in New Zealand politics, as the only party willing to stand up and say, 'This is the job of government. Looking after people. We're failing right now, but we will fix it.'

Only time will tell.

Stephanie Rodgers is a unionist, blogger and director of Piko Consulting.