Opinion - Metiria Turei always acknowledged her decision to put a human face on the issue of poverty by revealing that she lied about her welfare entitlements some 24 years ago was a high-risk strategy.

The risk she probably envisioned was that the public would react badly and so support for her Green Party could suffer. 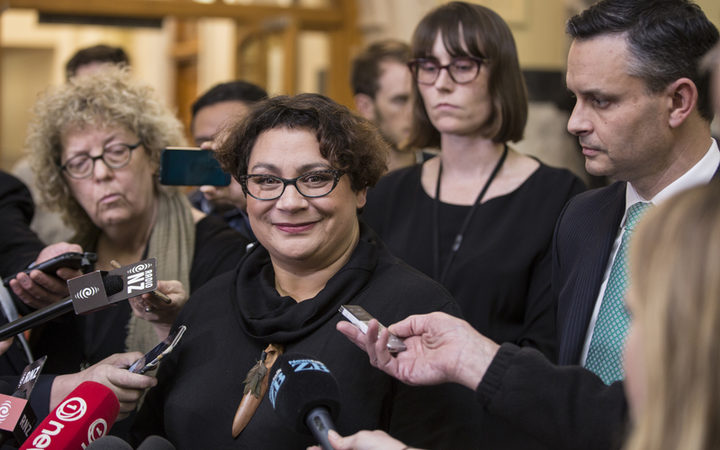 Green Party co-leader Metiria Turei stepped down on Wednesday after a damaging week for the party. Photo: RNZ / Rebekah Parsons-King

She also knew that her revelation would open a door on her personal choices and invite others to judge her youthful behaviour.

But Turei obviously did not fully consider the risk that the passage of 24 years could confuse recollections in ways that clouded her experiences while on a benefit in a fog of doubt.

Turei's own memory failed her when she forgot that in addition to failing to disclose the existence of paying flatmates, she also had played fast and loose with her electoral registration details in order to cast a joke ballot for her best friend.

While hardly the worst thing that a 23-year-old might get up to, the revelation still detracted from the moral reasons she claimed justified her other youthful unlawful behaviour.

And now at least one member of her child's extended family has come forward to dispute her account of support she received whilst attending Auckland Law School.

The existence of such a contrary account presented a political no-win situation for Turei. If it is true and she really did get financial help from her child's father's family, then her personal story loses its potency.

Indeed, Turei legitimately could be accused of misusing her past history to claim a status she did not deserve. Her credibility on the issue of poverty would be shot.

But even if this account is false, as Turei insists it is, she is left having to prove a negative. How can you demonstrate that you did not receive money from someone 24 years ago?

Given these events took place so long ago, whose word should we trust on the issue? It is not so much that either account represents a deliberate lie, but rather that the passage of time so strengthens the Rashomon effect that no-one's version of the truth can be relied upon completely.

Which left Turei facing a hard choice. If she remained as Greens co-leader, she knew the next seven weeks would involve intensive scrutiny of the details of her past financial affairs.

To rebut the claims that she had misrepresented these, Turei would have to question the credibility of family members. She also would have had to explain in detail just why her child's father's family had not given her financial support when she may have needed it.

These are people that likely matter a great deal to Turei's daughter. And while these issues swirl on, no-one will be discussing what the Greens actually stand for - including the issue of poverty that precipitated Turei's original revelation.

So, Turei has decided that the personal and political costs of her decision to tell her story are no longer worth paying. And, really, given how heavy they have become it is hard to blame her.

Professor Andrew Geddis teaches Public Law at Otago University. He is also a member of the Legislation Advisory Committee.