Greens leader James Shaw says the party is in "a bit of a tough spot" after a tumultuous week culminating in the resignation of Metiria Turei and a big dip in the polls. 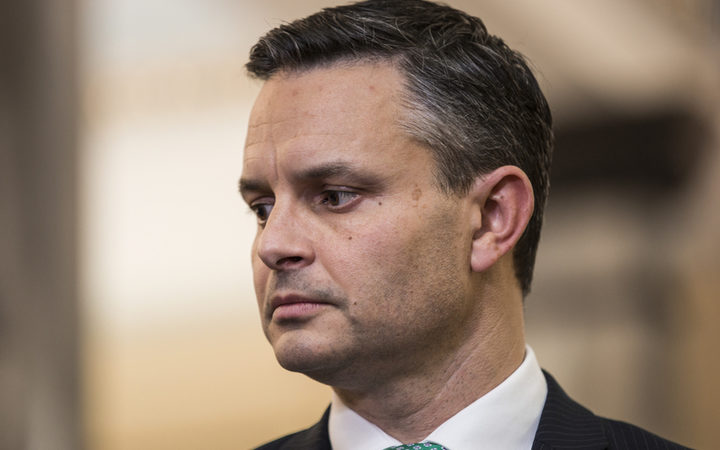 The Greens will meet to re-set their campaign today, as two polls released last night and this morning put the party on 8 percent - about half what the party was polling prior to this week.

Both polls were taken before Mrs Turei's resignation.

She resigned as co-leader yesterday after scrutiny of her benefit fraud reignited earlier this week, when Green MPs Kennedy Graham and David Clendon withdrew from caucus.

"The toll became too great for her," Mr Shaw told Morning Report.

She had found the level of scrutiny of her extended family, and some of the claims that had been made about her circumstances, "intolerable".

"It almost got to the point where it didn't matter if they were true or not - it was the fact that they were there and circulating."

The Greens could, and would, recover, Mr Shaw said.

"We've taken a hit in the last week but that's entirely recoverable."

The party had already anticipated a swing in its support to Labour after Jacinda Ardern took over the Labour leadership, he said.

"We think our natural level of support is about 10 or 11 percent... We've actually been in worse positions before an election and closer to an election than this, so I've got every confidence that we can re-set the campaign."

Both the national executive and the party were united, he said.

He would stay on as solo leader until the party's AGM next July, unless the executive decided to change the party rules to allow a co-leader to be elected earlier.

There was precedent for that, as Jeanette Fitzsimons had remained as the only co-leader for about eight or nine months after Rod Donald's sudden death in 2005, he said.

He also suggested the door could be open for Dr Graham and Mr Clendon to return, now Mrs Turei had gone.

Mr Clendon had no intention of returning but his understanding was that Dr Graham had been talking to the national executive.

"It's a matter for the party executive [but] I think it would be very tough for either Dave or Kennedy to come back into caucus at the moment - there's a lot of raw feeling about the events of Monday."

Dr Graham confirmed to RNZ he would shortly begin talks with the executive about getting back on the party list as a candidate.

Mr Shaw said he had "tremendous respect" for Dr Graham and his climate change expertise, but there were others who would also take on that issue.

Among those was Teall Crossan, an environmental lawyer who was ranked at 15 on the party's list.

"She represented the small island states in the climate negotiations in New York."