The Green Party is locked in back to back campaign meetings as they scramble to pick up the pieces from Metiria Turei's shock resignation. 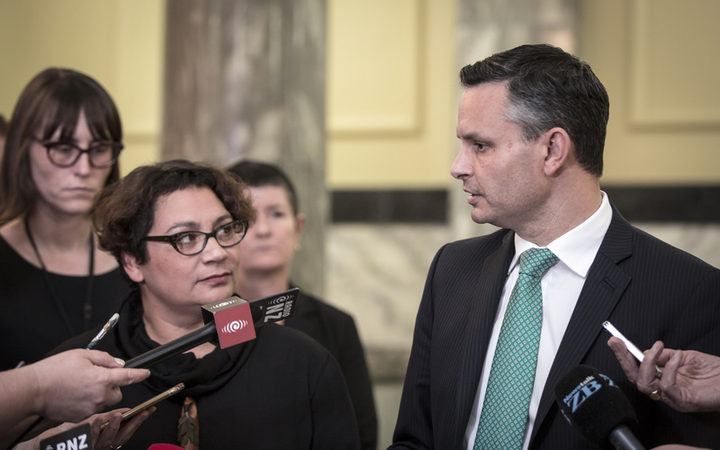 Mrs Turei quit as co-leader yesterday, saying the scrutiny on her family had become unbearable since her announcement she committed benefit fraud in the early 1990s.

Today's meetings are the second time this week the Greens have been in crisis talks.

The initial flurry was caused by two MPs leaving, but the party now has to rethink their election campaign with one half of their leadership duo missing.

However, just six weeks out from September's election, he said he knew they had to work quickly.

"Today's meeting will be about, how do we tweak the campaign, how do we reset it, how do we steady the ship and make sure that message about those three priorities get out there."

While the billboards may have to change, the Greens campaign slogan 'Great Together' was still relevant, he said.

"While I will be leading the party as a sole leader into this election and out the other side, this is really about all of us, not just me."

Meanwhile, Mr Shaw has left the door open for the MP Kennedy Graham to resume his place on the party list.

Dr Graham and his caucus colleague David Clendon went public earlier this week about their loss of confidence in Mrs Turei's leadership because of her stance on benefit fraud.

Dr Graham said he would begin talks with the executive about getting back on the party list as a candidate.