The government will ask an advisory group that is part of the Ministry for the Environment to investigate the questions around exporting water. 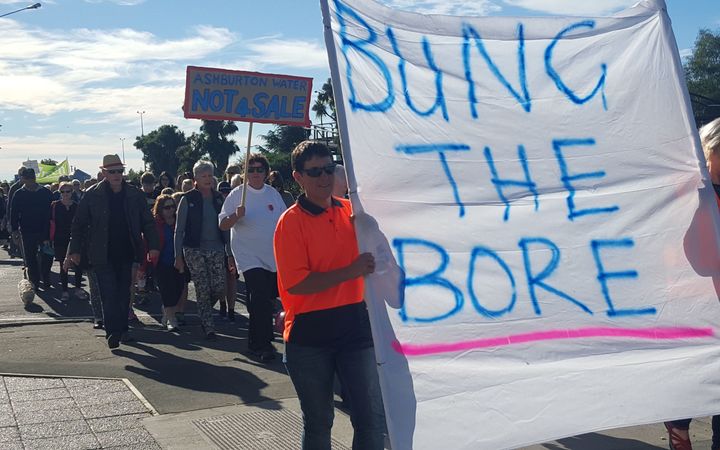 Prime Minister Bill English said the government was responding to that public concern.

"The priority for the Land and Water Forum, as for the government, was and still is the quality of freshwater.

"It's looked at it under allocation, which is this whole process of seeing how you could move away from first-come first-served [to] a sort [of] more economic allocation of the use of water."

Māori rights and interests would also be part of the discussion, among several other issues, he said.

"Well, just who gets to charge, who gets the revenue, what the charge might be, whether you can do that legally without establishing ownership of the water.

"New Zealand's long-held position is no-one owns the water and no-one actually pays for water, they pay for consents, they pay for infrastructure, but water itself is free."

Any issues to do with water were always "five times more complicated than you thought", Mr English said - and with a diverse range of interests involved.

"We just don't want to give the public the impression there's a simple, easy answer because we will almost certainly find there isn't - but if there is we''ll see where that goes."

Mr English said no moves would be made to charge companies for water before the election.

The technical advisory group was expected to report back at the end of the year or early next year.

Water New Zealand said the issue of taxing for water had already been tackled by the Land and Water Forum, in 2012, with little result.

Its chief executive, John Pfahlert, said he did not think it would be fair to only tax bottling companies.

"If you did make a quick fix just to tax water bottlers you run the risk of treating them quite separately to everybody else and I just don't think that's good public policy," he said.

"We need to approach this on a principles issue and deal with it in a considered manner."

Mr Pfahlert said he would be interested in a conversation about a more general charge for water use.

* An earlier version of this article said that the advisory group was part of the Land and Water Forum, when it is part of the Ministry for the Environment.